Al Morganti: What happened to Philadelphia as a pro sports destination? 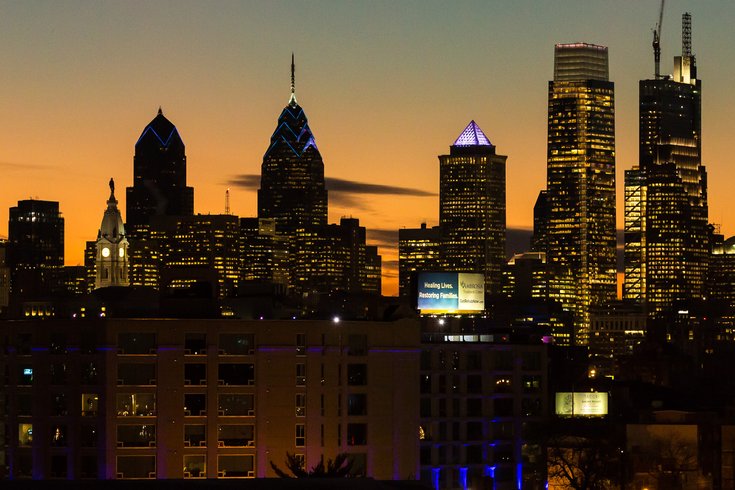 The past week has been a whirlwind of emotions in Philadelphia, and for the first time in a very long time it was not the Eagles providing the sports fireworks.

While the Eagles took a breather from adding players to their roster, the heat was turned up on the Sixers, Flyers and Phillies to get things done – and so far the results have been mixed – at best.

Hopes that the Sixers would be on the free agent prowl for big game was spurned when acting general manager and coach Brett Brown declared that the club would be “star hunting.” Unfortunately, the second part of his statement included the term “or star developing.” That could be where the Sixers are stuck as they were quickly placed on hold and then hung on by LeBron James, who took his show to Los Angeles.

The dream of having James in town aspired to for three years was quickly blown up when he decided to take the lifestyle of Los Angeles over the basketball future of the Sixers. The part that really stung about the decision by James to snub the Sixers was the dismissive nature of the rejection.

There was supposed to be a “courtesy” meeting, but it sure looked like the Sixers were played for patsies as their negotiating team headed for a meeting with a guy who had already made up his mind to live the dream in Los Angeles. At around the same time it was learned that New York Islanders free agent John Tavares was making his rounds before signing a deal – and the Philadelphia Flyers were not on his list of potential teams.

As it turned out, Tavares signed in Toronto with the Maple Leafs, which was a logical choice. However, what wasn’t so logical was that the Flyers would not be on his list of teams that included the San Jose Sharks, Boston Bruins and Tampa Bay Lightning.

In the meantime, the Phillies are starting their venture into potential trade deadline acquisitions, and you have to wonder if they will have to wait in line behind the New York Yankees and Boston Red Sox.

The Flyers were always at the top of the list of free agents who wanted a great place to play in front of a packed house and a chance to go deep into the playoffs; the Sixers had a life before 'The Process' which included star hunting; and the Phillies were a Major League Baseball gem that attracted the likes of Roy Halladay and Cliff Lee.

Well, welcome to the new world of professional sports in which building a team can be a brick-by-brick endeavor. Even at that, there comes a point where a team has to make some big additions, and it sure seem as if the Sixers, Flyers and Phillies have reached that stage.

The Flyers made a significant addition when they tapped the free agent market by bringing back James van Riemsdyk as a free agent. JVR is certainly a nice fit, but within the same conference it was the Leafs who let JVR walk to help sign Tavares. It was hardly a move that caused a huge stir among fans of the club, many of whom are probably waiting for the club to finally land the goalie who will do a lot more to attract free agents. The biggest move by the Flyers might come at training camp where a kid named Carter Hart could really shake things up by stating a case that he is ready to play goal in the NHL.

The Sixers are in a particularly odd spot where the organization has to be thrilled with the past season, but also concerned that the present roster is not prepared to take the next step.

That next step would be structuring a roster that is better than the Boston Celtics. The Sixers actually got some benefit when James went west, but it still leaves the team a probable second fiddle to the Celtics. Boston schooled the Sixers in the playoffs, and that was without a couple of injured stars.

Although they missed out on James, the Sixers are still in the conversation about Kawhi Leonard, the unhappy San Antonio star who has made it clear he wants out of San Antonio. The problem is that Leonard has made it clear he wants to play in Los Angeles, preferably with the Lakers and James, but would also entertain the Clippers – and he is a free agent after this season. The Sixers would appear to have the elements to make a deal with the Spurts for their star, but at what cost if he is only a rental?

RELATED: Silver linings of Sixers losing out on LeBron

Well, the opinion here is to go full tilt, and that would include last season’s top draft pick Markelle Fultz. The Sixers have already lost Marco Bellinelli and Erson Ilyosova from last season and need to replenish. After so many years of trusting the process, it is now time to trust the results and take a chance that Leonard would come to Philadelphia and enjoy winning with Embiid and Simmons to the extent he would sign a deal at the end of the season to continue on with a winning atmosphere in a city that should not play runner up to any other in terms of attracting talent.

If the Sixers don’t take that risk they might have a choice of players such as Marcus Smart, Jabari Parker or Tyreke Evans, but the suggestion here is to be bold and lure Leonard.

And speaking of beind bold, Mr. Be Bold himself, Phils manager Gabe Kapler, has put his team in a position where Phillies general manager Matt Klentak can be bold at the trade deadline. The Phillies skated through what was supposed to be a very tough month of June and remained in the thick of a playoff race, so now is the time for Klentak to reward the club with a big addition at third base and in the bullpen.

Yep, the time for building in Philadelphia has turned into a time for making additions to the foundations.