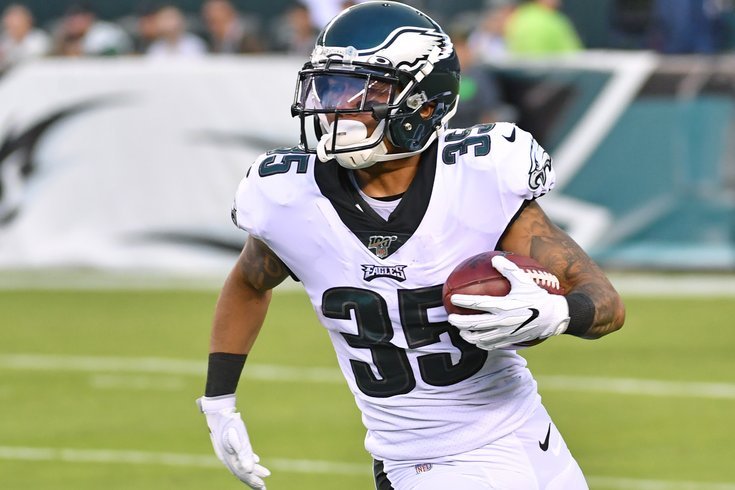 Former Philadelphia Eagles running back Donnel Pumphrey got a rise out of Twitter for his response to a typo in a tweet from Antonio Brown. The former Steelers, Raiders and Patriots wide receiver is now out of the NFL as he faces sexual assault allegations.

The saga of wide receiver Antonio Brown's NFL antics appears to be quieting down for the time being.

Amid mounting legal troubles over sexual assault allegations, Brown was cut by the New England Patriots last month and was unable to latch onto another team. He's now burned bridges in Pittsburgh, Oakland and Foxborough in less than a year.

With his newfound down time, Brown decided to enroll in several online classes at Central Michigan University, where he played college ball. He was drafted by the Steelers before completing his degree.

The four courses Brown is taking are in management, religion, sociology and English, the last of which is focused on technical writing.

Anyone who has paid attention to Brown's explosive social media posts over the past few months would be hard-pressed not to notice he isn't much of a grammarian.

Usually, taking shots at a guy for his spelling and grammar mistakes on social media is just grasping low-hanging fruit (if you want to get meta, so is this article). Some might argue there is a racial overtone to the criticism of Brown's writing skills.

But over the weekend, Brown specifically went on Twitter looking for help from an editor to take a look at his English paper. His error in the tweet caught the attention of former Eagles running back Donnel Pumphrey, who succinctly corrected Brown in hilarious fashion.

Pumphrey battled injuries early on in his training camp appearances with the Eagles and never managed to crack the team's 53-man roster, in part because Darren Sproles continues to hang on to his role at the age of 36. The team also acquired Boston Scott last season, and he's now on the Eagles practice squad.

Antonio Brown may have more to show for his NFL career, but Pumphrey simply said what everyone thinks whenever Brown posts on social media. And at this point, Pumphrey may have a better chance at returning to the NFL than Brown does.