The sleek One Drop is in stores for the first time 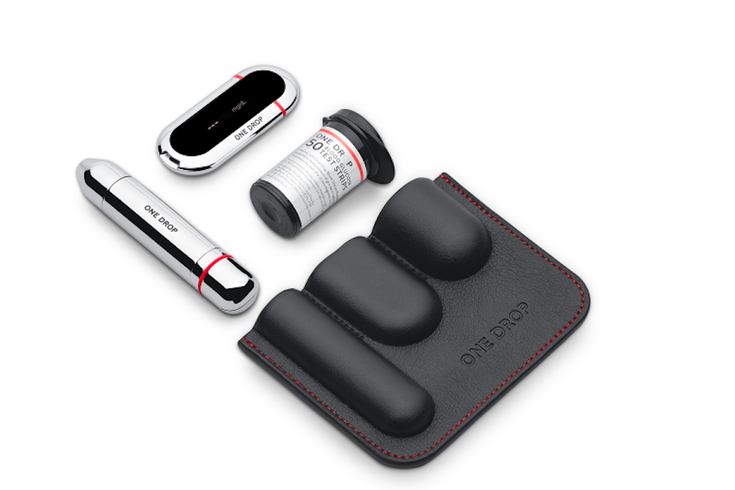 The three-piece One Drop blood glucose kit from Apple.

Apple's One Drop blood glucose monitor is beginning to show up in stores.

The compact monitor works in tandem with the iOS Health app and the Apple Watch — connected via Bluetooth — and draws a small amount of blood to test glucose levels in just five seconds, according to Apple's website. The meter wirelessly transmits glucose data to the app on an iOS device.

The One Drop kit is being sold for $69.95 in stores, and comes with a complimentary year of coaching from a “certified diabetes education” within the One Drop app — a service others will have to purchase — Apple Insider reports.

RELATED READ: Apple will soon tell you to turn the music down

The technology functions in two parts: the blood glucose meter that takes the readings, and the mobile app. There’s also a premium subscription service for patients to receive the unlimited testing strips on demand, according to Apple.

The “special sauce” that sets Apple’s One Drop apart from competitor’s is its tech-forward design — they wanted it to fit right in with consumers other devices, not seem like a glaring piece of medical equipment, according to CNBC.

OneDrop CEO Jeff Dachis told the business network: “I believe that Apple’s perspective on consumerized, data-driven self-care is where the industry is going to be pulled to, versus the expensive, bureaucratic, not-data driven current healthcare system.”