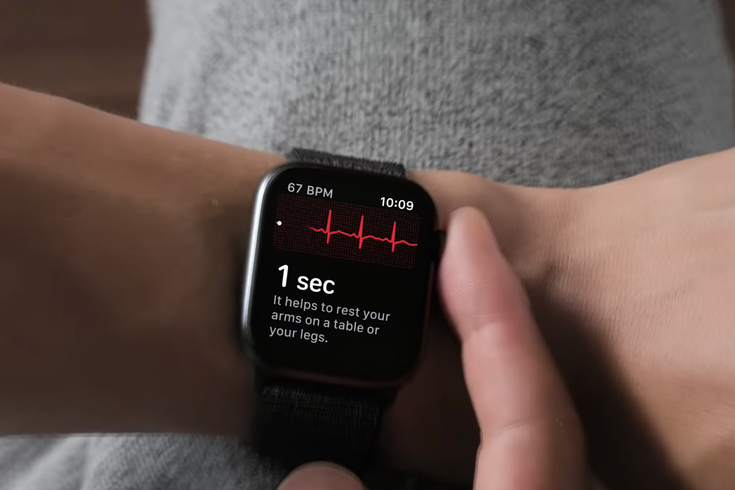 Apple announced three new iPhones and a new Apple Watch at its latest event on Wednesday, and while the three new phones — the iPhone XS, iPhone XS Max, and iPhone XR — are all interesting, the company’s most impressive leap might have been made in the Apple Watch Series 4.

The Apple Watch has been pushing towards an existence as a medical device for its past few iterations, and the newest one has taken a big step towards that goal by including heart-monitoring technology called electrocardiogram, often referred to as EKG or ECG.

Apple’s newest watch has electrodes built into the device’s Digital Crown (the wheel-like notch on the right side) and the back of the device to read your heart’s electrical signals, the company says.

By touching the Digital Crown, users will be able to “generate an ECG waveform in just 30 seconds.” Apple says this data will be able to detect irregular heart rhythms, like atrial fibrillation.

Apple says Apple Watch Series 4 users will be able to use the data their devices gather have a “better-informed conversation about your health” with your doctor.

Interestingly, a study earlier this year found that the previous Apple Watch Series 3 devices were already able to detect atrial fibrillation in users with 97 percent accuracy.

As The Verge notes, Apple announced last November it would partner with Stanford University researchers to run the Apple Heart Study investigation atrial fibrillation. Stanford is going to collect data from Apple through January of next year.

Estimates from the CDC say anywhere from 2.7-6.1 million Americans have AFib, with greater prevalence among those over 65 years old.

Apple says the ECG app will be released for Apple Watch later this year.