Archdiocese of Philadelphia offers post-abortion path to 'healing and mercy' 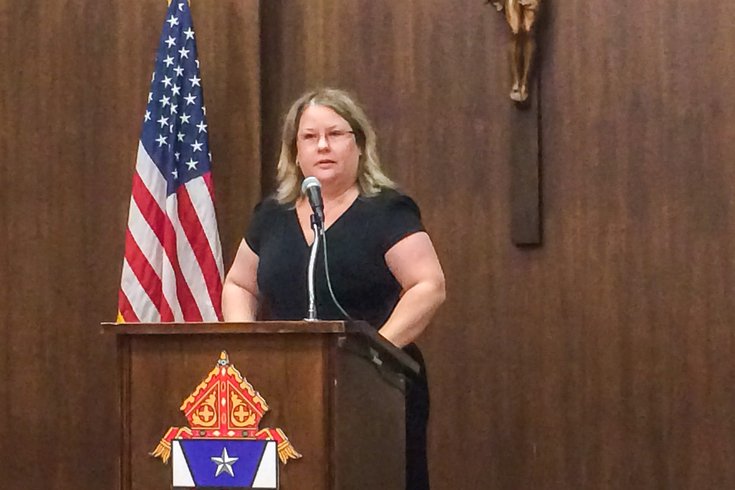 Denise Kelly says her two abortions left her feeling 'empty and alone' until she went on a retreat offered by Rachel's Vineyard, an organization that provides spiritual healing to people struggling with their decisions to abort a child. The Archdiocese of Philadelphia launched a local ministry on Monday.

Denise Kelly described the physical pain of her first abortion as excruciating. But the feelings of guilt and shame plagued her for years.

Kelly had grown up as a practicing Catholic, even joining a pro-life group. But when she became pregnant at 18, she feared being kicked out of her house. Abortion seemed like her only option.

Scared, Kelly opted for abortion. Then seven years later, she did so again.

"I just felt so empty and alone," Kelly said. "I had stopped going to church. I became a very angry and anti-social person. I didn't want anyone to see my hidden pain."

Kelly detailed her post-abortion struggles Monday as the Archdiocese of Philadelphia formally launched Project Rachel, a Catholic ministry offering pastoral counseling and other services to people who chose to abort a child.

Founded in 1984 by the Archdiocese of Milwaukee, Project Rachel provides spiritual direction, support groups and referrals to licensed mental health professionals for men and women struggling with the aftermath of abortion. It also offers forgiveness for abortion, which the Catholic Church considers a sin. 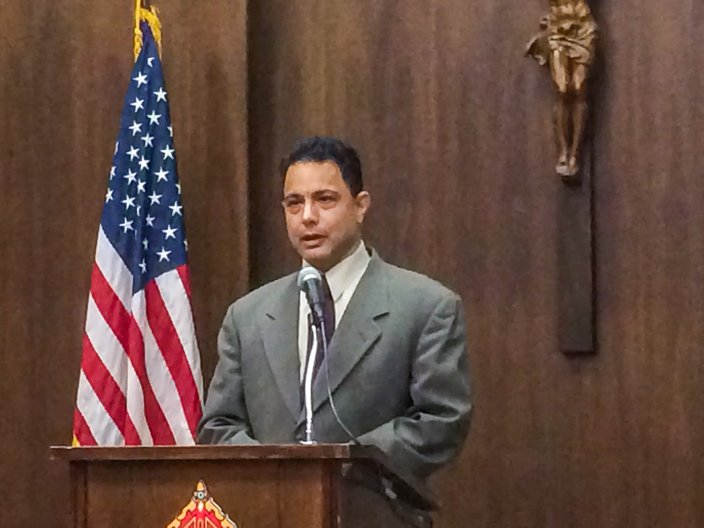 Peter Sciarra describes Project Rachel as a pathway to relief from the guilt that comes from aborting a child. Part of the ministry includes foregiveness from the church.

Kelly touted the benefits of post-abortion ministries, crediting Rachel's Vineyard — a similar ministry also supported by the archdiocese — with saving her from a lifetime of "debilitating anger and depression."

"No one passed any judgments," Kelly said. "Knowing that I was among other women and men who had experienced the pain of abortion made me feel like I was not alone. We were all taking the journey together as a group. The spiritual exercises used throughout the retreat opened my heart and my soul to God's grace and forgiveness."

For years, the archdiocese has partnered with Rachel's Vineyard, an organization that offers spiritual healing through weekend retreats. But it also sought to add Project Rachel, a similar ministry that includes 10 to 12 free counseling sessions.

Resources from Catholic Social Services and the Office for Life and Family enabled the archdiocese to join more than 110 dioceses across the United States that offer Project Rachel.

Archbishop Charles Chaput hailed the ministry as an effort to show mercy, saying everyone has a home in the church, no matter what they've done. 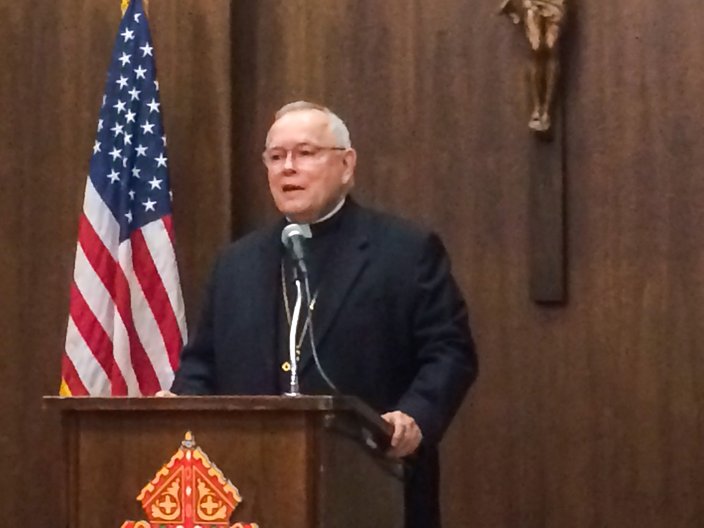 Archbishop Charles Chaput hails Project Rachel, a ministry that offers counseling services to people who chose to abort a child, as an effort to show mercy. Chaput said everyone has a home in the church, no matter what they may have done.

"It's an effort that includes Sacramental reconciliation, professional counseling, prayer and retreats," Chaput said. "A very important part of it is the support group efforts that bring together people who have had the same experience."

The archdiocese has eight licensed counselors in the five-county region prepared to meet with individuals. Another 20 priests have committed to participating in the Sacramental reconciliation process.

At least three individuals already have reached out to the archdiocese to participate in the ministry, despite marketing efforts that are only now getting underway.

"We want people to understand that the church does not want to exclude, but rather welcome them with open arms and show them the path to God's healing and mercy," said Estela Reyes-Bugg, of Catholic Social Services.

Peter Sciarra said he found that healing through Rachel's Vineyard and encouraged others to seek it through either ministry.

Sciarra said he and a girlfriend decided to abort a child three decades ago because they feared it would be born with a hereditary condition that threatened Sciarra's vision. But as he became more religious, Sciarra struggled with guilt. He often turned his head when he passed a child.

"I knew God had forgiven me, but I hadn't forgiven myself," Sciarra said. "If you ever participated in an abortion in any way ... this is the path to relieve yourself of that guilt, to help forgive yourself as God has forgiven you."