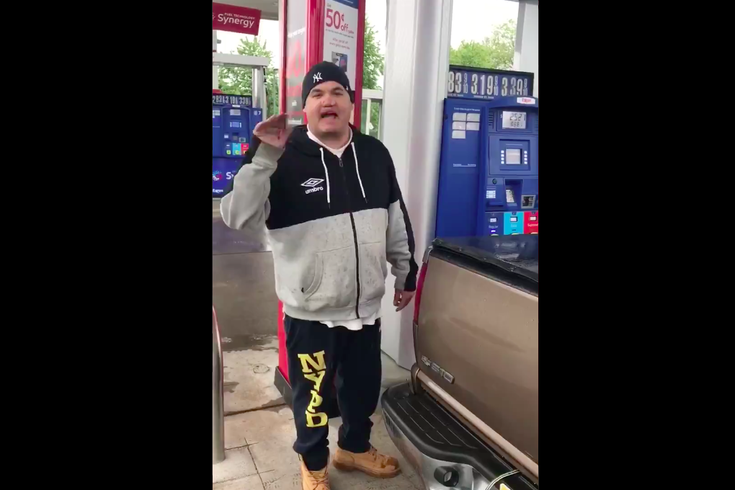 In a video on Twitter, Artie Lange was seen in New Jersey pumping gas as part of his rehab program.

Comedian and former "Howard Stern Show" personality Artie Lange was recently spotted at a gas station in New Jersey where he said he was working as part of his drug rehabilitation program.

In a video posted to Twitter, the Union, New Jersey native said he would finish his program requirements in 10 days and then soon be back on stage.

"I gotta pump gas for 10 more days and then I'm satisfying the program I think," he said. "So, if this gets back to Howard, tell him I love him, I love him to death. I miss him. God bless him."

"I gotta pump gas. I'll be back on stage soon though, I promise," he added.

Lange's most recent troubles began in 2017 outside his home in Hoboken after cocaine, heroin and drug paraphernalia were found on him and in his car. Lange was sentenced to four years probation in 2018 for heroin possession. In January, he was jailed for two weeks after he violated his probation twice in less than two months when he tested positive for cocaine use.

In a recent interview with the New York Times Magazine to promote Stern's new book, "Howard Stern Comes Again" the controversial personality — who painfully split with Lange professionally after eight years on the show, due to Lange's addiction issues — said he chooses his "words about Artie carefully, because I love him."