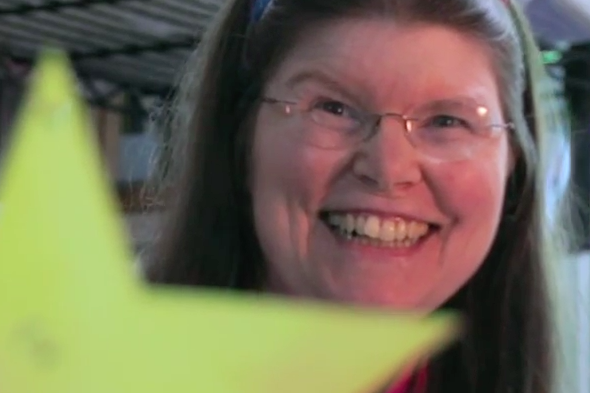 No matter the medium, creating art can be time-consuming. Whether it's a painting that requires carefully placed brush strokes or a statue that needs finely tuned sculpting, some of the most beautiful works can take years to complete.

That's not an option for New Jersey-based painter Lonni Sue Johnson. The subject of a profile in the March 30 edition of The New Yorker, Johnson was diagnosed with viral encephalitis [inflammation of the brain] in 2007. The disease caused serious damage to the hippocampus section of her brain, which is responsible for forming new memories.

While being able to remember some key figures and events from her life, such as who her mother is and some childhood memories, much of her past is unfamiliar to Johnson. As explained in a 2014 profile in Time, Johnson suffers from near constant short-term memory loss:

“She lives in a narrow sliver of the present moment,” explains her sister, Aline Johnson, “and the moments from before just fade away.”

The New Yorker's piece delves into Johnson's battle with amnesia under the careful eye of researchers from Princeton and Johns Hopkins universities. Researchers are studying her ability to produce creative work despite constantly being reintroduced to her surroundings. Those researchers have made interesting discoveries about memory and the brain, which can be seen in this 2011 video from Johns Hopkins:

Johnson's art that followed her illness paired with guidance from researchers was the subject of a 2012 exhibit at the Morven Museum in Princeton. Her work after the illness has revolved around a fascination with singular words, a byproduct of her inability to string together narratives. 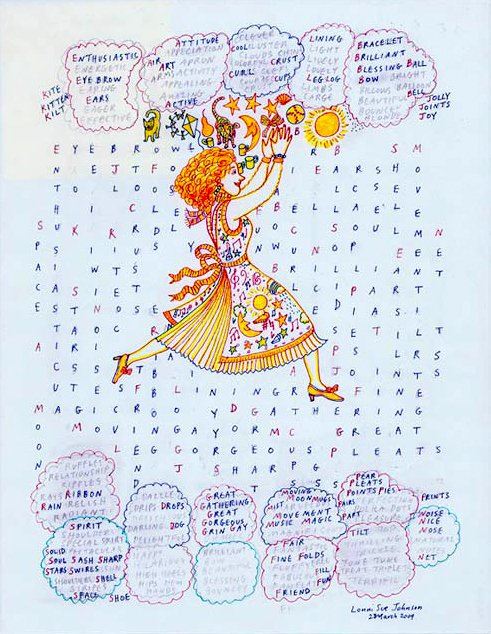 Johnson previously illustrated several covers of The New Yorker, and had drawings published in several major publications, including The New York Times and The Boston Globe. Throughout her experience, Johnson maintains a positive outlook on her work.

The framework of “recovery” may be the most critical scaffold of all, giving Johnson’s activities a unified purpose. However hazy her past is, she has a firm sense of where she’s headed. “I’ve been working hard at getting back to me,” Johnson said to Aline. She told me, “I need to think about the future of my artwork.”

Read her full profile in The New Yorker here.