Ask Hickey: What is the most rewatchable movie of all-time?

Which movie ranks higher on the re-watchability scale: “The Hunt for Red October” or “The Shawshank Redemption?” (FMN, via Twitter)

Ooooh, that’s a tough one.

Both tend to activate a remote-control’s Jedi powers by subconsciously telling you that this isn’t the change-channel button you are looking for.

Both make the case that freedom from whatever oppresses you – whether that be a sadistic prick of a prison warden or an ominously controlling regime – is something for which to fight at the risk of even death.

Both are phenomenally acted/paced/thought-out masterpieces which wouldn’t have been possible without pen-to-paper authors like Tom Clancy and Stephen King, respectively.

Both are great, great movies.

Let’s take a look at clips from each to get in the right frame of mind:

Oh, who the heck am I kidding?

As I sit here at my desk, I want to drive home and watch them both beginning to end.

All of which brings us back to your question.

Sure, Red October feels like the perfect film to watch in a political age during which we know not if Russia decided American’s presidential election of 8 November 2016.

It also feels kinda dated, what with how the Cold War ended and all. (OR DID IT?!)

Meanwhile, Shawshank drills down to a viewer’s emotional core.

We’ve all been Andy Dufresne, accused of something we didn’t do – no, not murder; it can be as low-key as speeding – and dream of the day when we are free from that which binds us as punishment.

We’ve all needed someone like Red, to guide us through unfamiliar experiences and protect us from the unknown.

We’ve all learned long ago that being true to those who depend on you is the ultimate guiding principle of life.

Shawshank highlights all that – and more – in a visceral way; Red October doesn’t transcend in that fashion.

Shawshank is timeless. Red October is a creature of the time in which it was written.

All that said, neither tops the re-watchability charts.

That’s a battle for “Raiders of the Lost Ark” and “Dazed and Confused.” Why those two films, you ask?

Because neither reduces me to a tear-drenched puddle like the end of Shawshank does, and did when I watched it again before embedding in this here post:

God, I hope no one’s looking at me right now. I’m a vulnerable, emotional wreck. Thanks for that. That movie is so damn good.

Why do my friends hate America?

Why did many of my very smart, moral and well-meaning friends and family stab my beloved country in the back and are now giving her a curb job? #ettubrute (Tom M., via Facebook)

I take it you’re asking why your fellow Americans voted for Donald Trump.

As anybody who knows me knows, that is an action I would not ever perform.

In a race between Trump, pickles and a “so present” Diner en Blanc attendee, I’d flip a coin between the latter two before entering the voting booth. I would probably settle on the latter of the latter two because pickles – as far as I know – are not sentient, which is apparently how you’d describe the people on which you based your question.

Anyway, I can’t answer that question for them. You’d be better off asking them yourself. 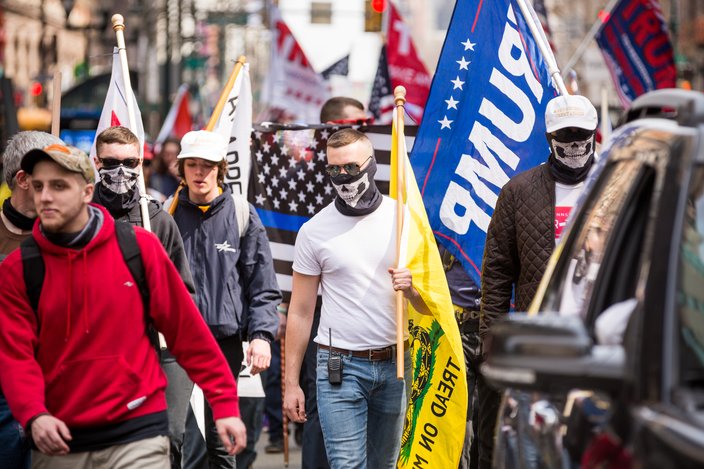 I can, however, share thoughts based on interactions I’ve had with Trump voters I know.

They hated Trump’s Election Day opponent with such raw emotion that they would have voted for anybody else.

Some of that was based on legitimately buying into a grift that held his business experience would usher in a new political age in D.C.

Some of it was blind partisanship.

Some of it was buying into Breitbartian nonsense and clinging to the thought that Trump’s foe personally killed four people in Benghazi.

Some of it was misogyny.

Some of it was being sick and tired of being spoken down to by people like me; hence, an election used as personal payback.

Some of it was just being unwilling to follow up an era that could be framed as one led by a Bush Dynasty with a Clinton Dynasty.

In other words, there are a lot of different reasons why they voted in a fashion with which you aren’t comfortable.

This is America. That’s their right.

That curb-stomping (NSFW reference) question is a little dicier. I try to keep political thoughts out of this column, but the fact of the matter is that I’m dumbfounded as to why they’re sticking to their guns these days.

Maybe it’s a matter of not wanting to admit they were wrong.

Maybe their ideological adherence is such that they don’t even realize the guy they voted for is having a really rough time acclimating to the White House.

Or maybe they’re just content to stick to that personal-payback dynamic, scoffing at Trump’s protesters because they actually believe a slim election victory qualifies as justification for doing whatever the heck they want.

I can’t read peoples’ minds. The best we can do is hope they’re able to admit that maybe – just maybe – the decision they made in November wasn’t in their best interest after all.

I want my electric-car parking spot and I want it now!

Last week, City Council got rid of the electric vehicle initiative because people were complaining that it created private parking and made open spots unavailable to others. Should curb cuts also be removed as private parking and be left for the public to park? What is the difference? One is a definite necessity. At least the EV spots are good for the environment. (Anonymous, via text message)

What you’re talking about is City Council Bill No. 170093 which – introduced by City Councilmen David Oh and Mark Squilla – wouldn’t do away with electric-car parking altogether. It would just prevent new ones from being installed.

It was the subject of a Committee on Streets and Services hearing on March 21, where those amendments came into play.

A little birdie who knows what’s going on in City Hall told me it’s a lock for full Council passage at an upcoming meeting. That little birdie also chided you for not having the foresight to realize all these electric-car spots will make parking “much worse” across the city.

I mention all that because I did not know what they heck you were talking about until I looked all that up. #BrianHickeyAtYourService, right?

In any event, I have no strong feelings about electric-car parking, even if those objecting come off as rammy whiners who think people will buy electric cars just to get better parking spots. We’re only about 10 weeks away from flying cars so this is a mere blip on the radar.

Sure, it’s tacky to go overboard with curb cuts that make personal driveway spaces bigger than they need be.

However, corner curb cuts enable the disabled, delivery people and baby-carriage pushers among us to get around more easily and effectively. They are necessities, albeit necessities subject to the Americans With Disabilities Act.

They are important and necessary in a big-picture sense; slowing down the sprawl of reserved parking spots pales in comparison.