At least 91 people voted from Philadelphia hospitals on Election Day

Volunteers at HUP, Presby and Temple help get absentee ballots from City Hall to bedside and back again 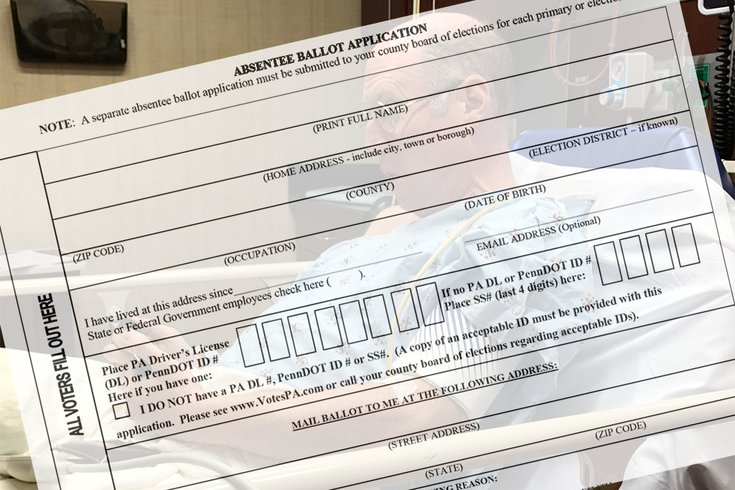 Last week, we shared the story of a unique program in which doctors and nurses – along with medical, nursing and law students, and notary publics – teamed up to ensure that patients at Penn Presbyterian Medical Center and the Hospital of the University of Pennsylvania could cast votes in Tuesday’s election.

Outside those hospital walls, turnout reached its highest levels since 1994 and potentially back to the 1980s), according to the City Commissioner’s Office. That trend carried over to those Penn hospitals, as well as to Temple University Hospital, which undertook a like-minded mission.

Thanks to volunteers at the three hospitals, the votes of at least 91 Americans were cast in Tuesday’s elections in Pennsylvania.

Eighty of those were at the Penn hospitals, through the Penn Votes Project, with 11 at Temple. Those are just the votes in Philadelphia.

Penn also saw applications for absentee ballots signed off on by doctors and notarized for patients who live in other counties.

While they don't know how many patients had friends or family members return those ballots, Penn's numbers were already three times higher than any election since what was originally called the Presby Votes Project started in November 2016. (Temple's numbers doubled and, before the election, officials at other hospitals said they would help patients who requested ballots as well.) 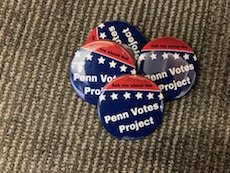 Penn Votes Project volunteers wear these pins as a form of outreach.

That year, the Philadelphia Republican City Committee unsuccessfully tried to block more than a dozen hospital-patients' votes. This year, as the program expanded to HUP, "a lawyer questioned a few of the applications," but it was nowhere near as intense as 2016's battle, according to a spokesman for Penn Medicine.

Voting from your hospital bed is a multi-step process that gets trickier a week before Election Day, and even more so four days out. The vast majority of the ballots from the Penn hospitals were requested by patients on Monday or Tuesday, complicating the process for volunteers.

Early on, if a patient indicates they want to vote, a volunteer gets them an absentee-ballot application, which a doctor reviews – to verify they are too sick to vote in person – and signs off.

Then, it gets notarized, taken to the county Board of Elections office on the first floor of City Hall. Back comes the volunteer with the absentee ballot which – when filled out – is returned to City Hall by a member of the “law team.”

From the Friday before at 5 p.m., volunteers need to get a last-minute emergency absentee ballot which requires an election judge’s review.

"The process ran very smoothly overall," said Judd Flesch, the assistant professor of clinical medicine and the residency program director for internal medicine at Presby who led the Penn Votes Project. "It is, unfortunately, a very complicated process, something to which any of our volunteers can attest. For our first attempt at two hospitals, it went as well as we could have hoped."

Between the doctors, med students, nurses, nursing students and law students, Flesch estimated there were around 100 volunteers at Penn.

Aliza Narva, a nurse manager, was the coordinator for nurse volunteers at HUP.

“Patients were incredibly relieved that they could vote and care teams were dedicated to making sure their patients had the opportunity,” Narva said.