Sip on the brew while watching Discovery Channel at the bar 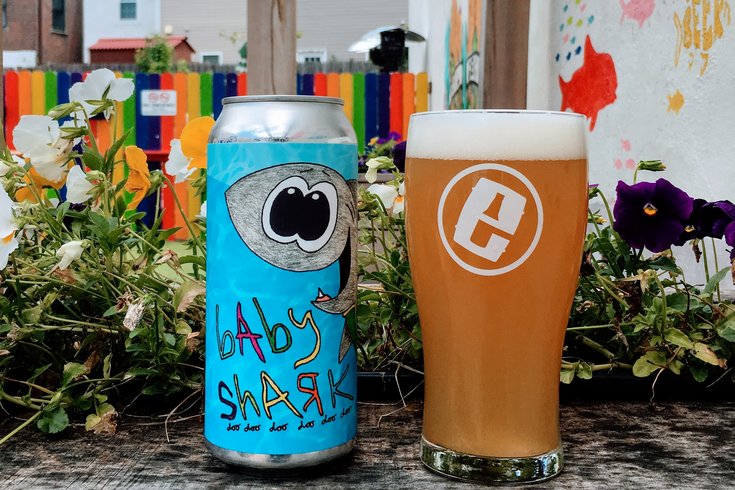 Whether you love it, hate it or are forced to listen to it because of your toddler, there's no denying that the viral children's song "Baby Shark" is hard to get out of your head.

And if you haven't heard the song yet, though that's hard to believe, crank up the volume on the video below.

One surprising fan of the bop is Evil Genius Beer Co., or at least it's fans of offering something to adults to help them forget the song even exists.

Yeah, it's a mouthful, so we suggest shortening your order to "I'll have the Baby Shark."

The beer will be available at Evil Genius' tasting room in Fishtown starting Saturday, when the bar kicks off its celebration of Discovery Channel's Shark Week. The eight-day shark-based TV programming will start the following day.

Baby Shark will be available on draft, in four-packs and in the special Bucket o' Sharks.

In addition, look for a special shark-themed craft cocktail at the bar, the Shark Week marathon live on the bar's TVs and also on projection screens, and the rotation of shark-themed movies like "Sharknado," "Jaws" and "Finding Nemo."

Then on Thursday, Aug. 1, the bar will host its own version of "Jeopardy!" with a Shark Week theme.