So far, it's people skateboarding in a Pennsylvania suburb 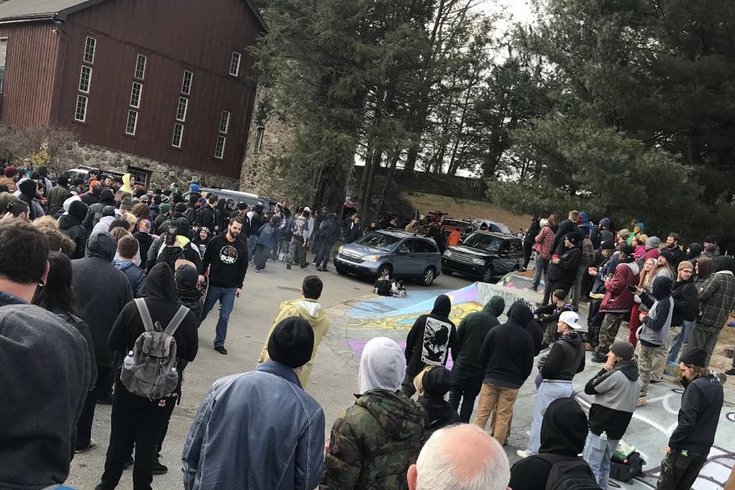 The scene at Bam Margera's West Chester residence on Dec. 13.

Bam Margera announced on Instagram yesterday he’d be hosting a big shindig at his Castle Bam residence near West Chester.

As it turns out, a lot of people were interested in hanging out at the Chester County house of a 39-year-old dude, for reasons that are beyond me.

MORE: Want Gritty (or another Philly mascot) at your holiday party? | Guy dressed as Mr. Monopoly stole the show at the Google data collection hearing

According to Margera’s Instagram, people started showing up at his house on Thursday before midday.

Margera has apparently chosen to wear some very wild sunglasses and a big jacket, since temperatures are in the 40s on the eastern side of the Keystone State. In one video, I saw someone flying a drone. I don't know what's happening.

He also posted some profane rules Thursday morning, including what appears at the bottom to be a request for some money to help offset the party's costs:

Here are some more scenes:

@bam__margera ‘s party today was sick! Thanks for having us man!

We made a bowl happen fuckers, thank you.

StreamGeeks' broadcast live video of the party for about an hour on its Facebook page on Thursday afternoon. Here's what that looked like

I just don’t get it, but apparently lots of folks do. We’ll update this story with more images and videos as they appear on the Internet.