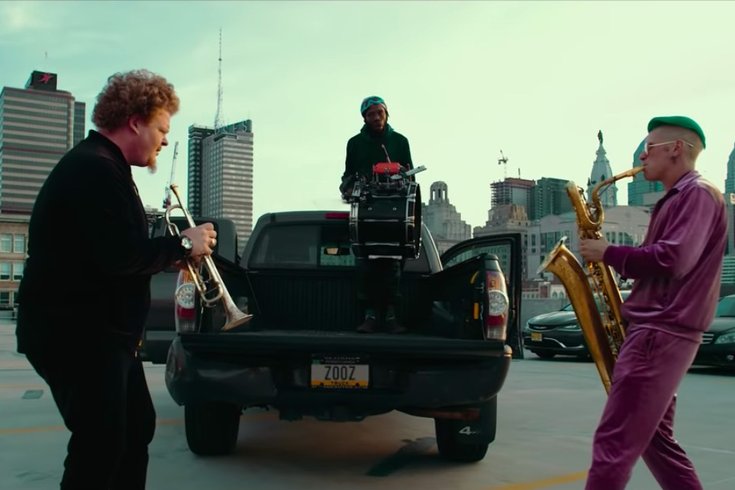 New York-based band Too Many Zooz performs "Car Alarm" on a rooftop somewhere in Philly.

The sound of an unending car alarm is a familiar one in Philly, but less expected as the ongoing metronome for a song.

The members of Too Many Zooz, a New York-based group of three musicians playing saxophone, trumpet, and drums, did just that, however, in the new video for their aptly titled song, "Car Alarm."

The video shows the three-piece group on a rooftop in Philly, the Center City skyline in the background. One redditor even tracked down the building location, saying it was above a super market on 11th Street, not far from the Convention Center.

This isn't the first time the group has filmed in an unusual location. Too Many Zooz filmed a long single shot of their journey busking at 3:30 a.m. on the subway in New York for the song "Bedford" last year. The group first got attention in 2014 as well, for footage of them performing at the Union Square station.

There's a chance you might have also heard them backing up Beyoncé and the Dixie Chicks during the 2016 CMA awards, too (especially at the 3:48 minute mark).

Check out all of Too Many Zoos' videos here.