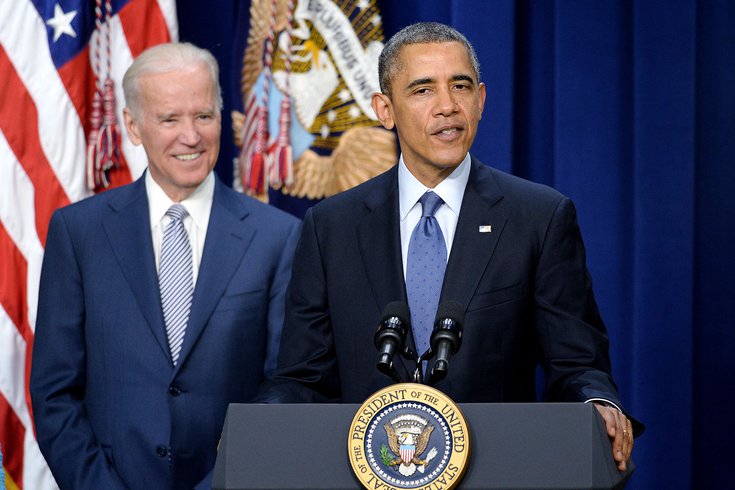 Former President Barack Obama will be in Philadelphia to campaign for 2020 Democratic presidential candidate Joe Biden on Wednesday, Oct. 21, 2020.

Former President Barack Obama will make an appearance in Philadelphia next week to campaign for Joe Biden during the stretch run of the 2020 presidential race.

Democratic sources told The Hill that Obama will look to step up his efforts to support Biden, his former vice president, in the weeks ahead. One of those stops will be Philadelphia, where Obama delivered a speech earlier this year during the Democratic National Convention.

Details about Obama's trip to Philadelphia have not yet been revealed.

The former president has been active in virtual fundraising for Biden, who was in Philadelphia himself on Thursday night for a town hall event at the National Constitution Center.

Obama is expected to travel to several battleground states over the next couple of weeks.

In Pennsylvania, Biden has amassed a comfortable lead in numerous polls, averaging a 5.6-point advantage over President Donald Trump with just more than two weeks to go before Election Day.

Obama previously came to Philadelphia during the final days of the 2016 presidential race, delivering a speech for Hillary Clinton at Independence Mall. Trump narrowly won Pennsylvania in 2016, becoming the first Republican candidate to take the state since 1988.

Additional details about Obama's visit to Philadelphia are expected to be released in the coming days.