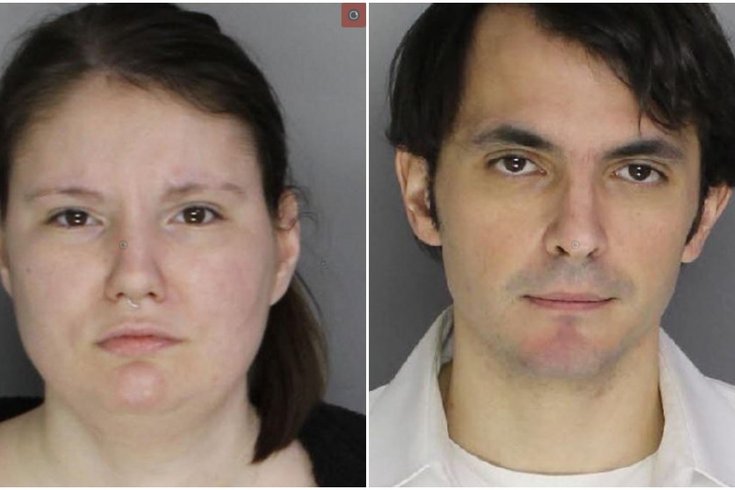 Maria Dolderer, left, and Michael Charles Picardi are facing endangerment charges after their 9-month-old infant overdosed on fentanyl, according to Bensalem police.

The Bensalem parents of an infant that suffered a fentanyl overdose are facing child endangerment charges, officials announced.

Michael Charles Picardi and Maria Dolderer were arrested after their nine-month-old daughter overdosed on the synthetic opioid on Friday, according to Bensalem police.

Police responded at 10:48 p.m. to a report of an infant suffering cardiac at an apartment on the 2000 block of Finch Street. Emergency personnel administered Narcan, an opioid antidote.

The child was taken to St. Christopher's Hospital where she was put on a ventilator and given more Narcan to prevent her death, according to officials. Due to the large amount of fentanyl in her system, the child was eventually put on a Narcan drip. She is currently listed in stable condition.

Police said both parents were "uncooperative," and "refused to provide any logical explanation as to how their child suffered an overdose."

Several medication bottles were allegedly littered throughout their apartment, police said. An empty bottle of acetaminophen with codeine was found in the baby's swing.

Both Picardi and Dolderer, have been charged with endangerment, a second-degree felony. They are currently being held at Bucks County Correctional Facility, with bail set at 10% of $200,000.