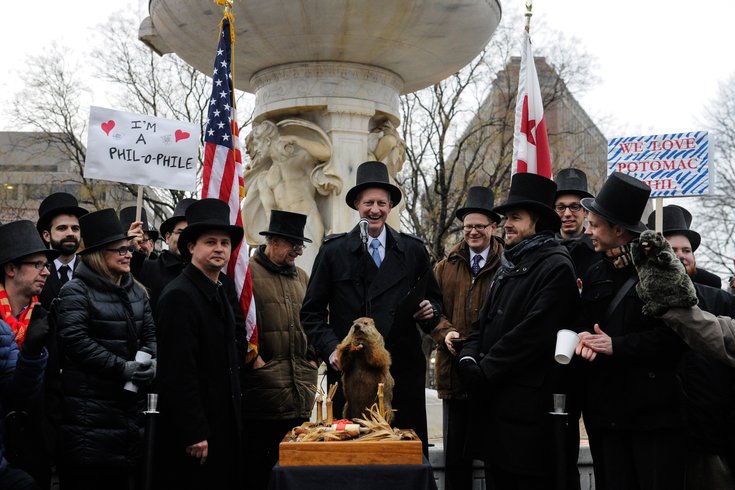 PETA wants the Punxsutawney Groundhog Club to replace Phil, the famous weather-predicting groundhog, with a robot.

We all love Punxsutawney Phil, the Pennsylvania groundhog that predicts six more weeks of winter or an early spring. Even if he isn't always right, he provides a beacon of hope when it’s cold and snowy and you’re dying for that first sight of cherry blossoms.

With Groundhog Day nearly upon us, People for the Ethical Treatment of Animals is calling on the Punxsutawney Groundhog Club to let Phil retire. In a letter sent Tuesday, PETA suggests replacing him with an animatronic groundhog. The organization says Phil's retirement is "long overdue," noting that groundhogs "actively avoid humans," which cause them stress.

Phil lives in a manmade, climate-controlled and light-regulated zoo, according to the Punxsutawney Groundhog Club. His burrow is connected with Barclay Square, the town park, and the Punxsutawney Memorial Library.

Technology exists to create this robotic groundhog, PETA said. An animatronic Phil could be fitted with artificial intelligence enabling it to predict seasonal change. As it stands, the age-old method, based on whether Phil sees his shadow, is only right 36% percent of the time.

PETA claims a robotic Phil would “renew interest” in the tradition akin to the Sony’s robot dog, “aibo." The toy, first released in 1998, sports lifelike features and dynamic movements.

“Today’s young people are born into a world of terabytes, and to them, watching a nocturnal rodent being pulled from a fake hole isn’t even worthy of a text message,” PETA wrote.