The incident occurred at the Sofitel Hotel in Center City on Monday, reports say 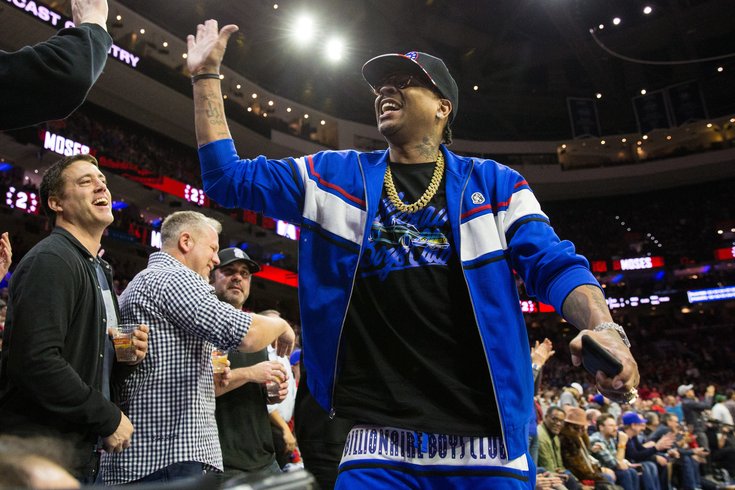 Allen Iverson reportedly had $500,000 worth of jewelry stolen from his backpack at the Sofitel Hotel in Philadelphia on Monday.

An alleged thief, who walked off with $500,000 worth of jewelry owned by former 76ers star Allen Iverson on Monday, turned himself in and confessed to the crime on Monday night, according to 6ABC. The 21-year-old man, whose name has not been released yet, also returned the bag of jewelry.

The suspect allegedly took the jewelry from Iverson's backpack on a couch in the lobby at the Sofitel Hotel in Center City around 10:30 a.m., according to 6ABC. The NBA Hall of Famer was not present at the hotel at the time of the incident, but it was reportedly Iverson's friend who left the bag unattended.

Police described the suspect, who was captured on surveillance footage, as an approximately 20-year-old man with a thin build and a height of about six feet, according to NBC Philadelphia. He had been last seen wearing a dark-colored jacket, red shirt, dark-colored pants, and black and white sneakers.

Iverson, 44, was an 11-time All-Star and won the league's MVP award in 2001, the same year he guided the Sixers to the NBA Finals. AI also was a two-time All-Star Game MVP and made seven All-NBA teams.

This is not the first time that a high-profile athlete has had high-valued jewelry stolen.

Former MLB superstar and current ESPN broadcaster Alex Rodriguez had roughly half a million dollars worth of jewelry stolen from his rental car in San Francisco after calling the Phillies-Giants game on Sunday Night Baseball last August.