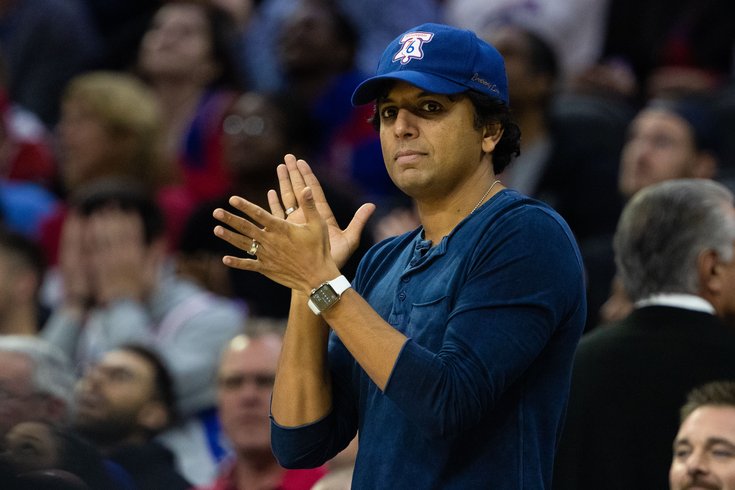 It appears that M Night Shyamalan came away from the Sixers' home win on Saturday night over the Los Angeles Lakers bruised and battered.

The Philadelphia 76ers may have earned an impressive win on Saturday night at home over the Western Conference-leading Los Angeles Lakers, but not every Sixers fan came away from the Wells Fargo Center feeling like a winner.

Director M. Night Shyamalan posted on his Twitter account on Sunday that he suffered a black eye after Lakers All-Star big man Anthony Davis collided with Shyamalan and his wife while going into the stands during Saturday night’s game.

Shyamalan said that he has not received an apology from the Lakers’ 26-year-old superstar, who finished with a game-high 31 points, but that he was not expecting one from Davis. The 49-year-old Shymalan said that he’s happy to continue receiving black eyes from opponents as long as Philly continues to win.

Got a black eye when Anthony Davis of the Lakers ran into me and my wife at the @sixers game. No apology from him. Don’t want one. I’ll take a black eye for every win we get! Go Philly! Can’t wait for next game I attend. #sixersfans pic.twitter.com/AqrOfopJhU

Davis crashed into the crowd where Shyamalan and his wife were sitting late in the third quarter while trying to keep the ball inbounds after he deflected a pass thrown by Sixers’ big man Al Horford, according to NBC Sports Philadelphia.

Shyamalan, who grew up outside of Philadelphia in Penn Valley along the Main Line, is a frequent sight sitting courtside at Sixers games. Shyamalan frequently films in and around Philadelphia, as his production company Blinding Edge Pictures is based in Berwyn.