Mauricio Damian Guerrero, 20, met the woman on OnlyFans and traveled to her home uninvited, investigators say 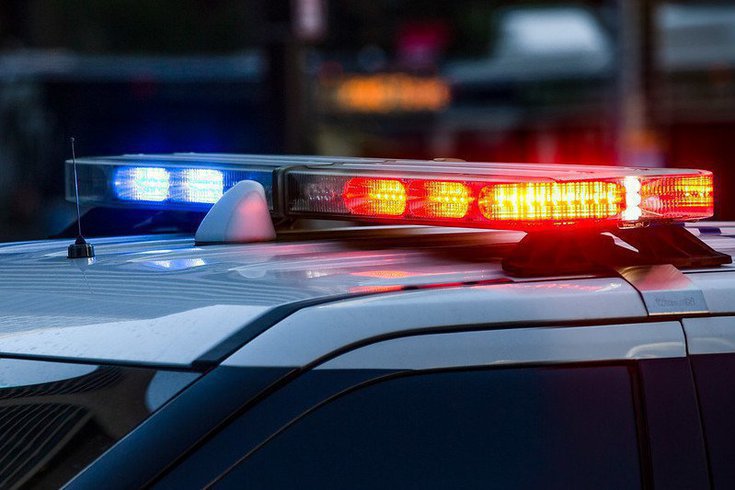 Mauricio Damian Guerrero, 20, of Bensalem, allegedly broke into the home of a New Hampshire woman he had met on OnlyFans. Police said he duplicated the woman's house key, hid in her attic and secretly filmed her in her sleep.

A Bucks County man is accused of hiding inside the home of a New Hampshire woman he met online, stealing her underwear and filmed her as she slept, according to prosecutors in Strafford County.

Mauricio Damian Guerrero, 20, of Bensalem was arrested in Somersworth on Feb. 9 after police allegedly located him on the roof of the woman's residence.

According to investigators, Guerrero first connected with the woman on OnlyFans, a social media platform popular among sex workers who share subscription-based pornographic content.

Guerrero drove to New Hampshire from Pennsylvania and temporarily stayed in an Airbnb in Portsmouth, prosecutors said. He then allegedly traveled to the woman's home and obtained a house key, which he had duplicated in order to have access to the property.

Guerrero came and went from the property several times, hiding in the attic of the woman's home, prosecutors said. The woman told police that it appeared Guerrero had been in the attic for an extended period of time because she found food, headphones and a cup with urine in it, according to a criminal affidavit.

The woman told investigators she had been in contact with Guerrero since last October and that she had given him her address in New Hampshire because he wanted to buy her a TV and fireplace, police said. The woman said she did not want to meet or continue to be in contact with Guerrero, but he allegedly was pushy and had showed up outside her old apartment, where the woman noticed him inside his car. The woman said Guerrero admitted he had driven up to New Hampshire several times and had slept in his car outside her apartment, police said.

The incidents that unfolded in February – and led to Guerrero's arrest – allegedly occurred at the home of the woman's mother, where she had been staying with a young child. It's unclear from the affidavit how Guerrero obtained the new address.

After Guerrero was spotted on the roof of the home and taken into custody, police searched his phone and found videos that appeared to show the woman nude while she slept in her bed, with the lower half of the sheets pulled up, according to prosecutors.

The woman was shown these videos and told police she had no idea that they had been taken. She and her mother had called police when they heard footsteps coming from the attic, and the woman's mother had been concerned for some time about her daughter's alleged "stalker," police said. The woman told police her child was in her bed at the time Guerrero allegedly filmed the secret videos found on his phone, the affidavit said.

PRESS RELEASE-ARREST On 2/9/22, at 4:43 AM, the Somersworth Police Department responded to a residence on Highland St....

Inside Guerrero's car, police allegedly found photos of a woman and underwear in the center console. Authorities also found a Tile tracking device that Guerrero allegedly planned to plant on the woman's car.

During interviews with police, Guerrero allegedly admitted he broke into the home without permission to retrieve a fireplace, TV and other personal items he claimed he had left at the woman's old apartment during a previous visit. He also admitted to taking the videos of the woman in bed, lifting the sheets without her consent, but denied any awareness of a child sleeping in the bed, the affidavit said.

Guerrero claimed the woman had told him she "wanted a man to be obsessed with her and stalk her," police said.

The woman told police she became scared of Guerrero after he first showed up at her old apartment and "felt like she had to be nice at that point" to protect herself. The woman said she continued to text with Guerrero, sometimes being nice and other times telling him to leave her alone, the affidavit said.

The woman learned Guerrero was in the area again when she received a video call from him and he was allegedly standing outside of her mother's home. She told him to leave and never come there again, but two hours later found that he had gained access to the home while she slept, the affidavit said. She awoke to find Guerrero allegedly standing in the hallway staring at her.

The woman's mother told authorities that things seemed "off" that week, noting a downstairs window had been left slightly open on a few mornings, police said.

The woman also told police that her keys had briefly "disappeared" earlier in the week and then suddenly reappeared where she thought they had been left. Guerrero allegedly admitted to police that he had gained access to the home in Somersworth with a pry bar and had taken the key to have it duplicated at Home Depot before returning the original.

Guerrero was charged with four felony counts of burglary, but no other charges were filed.

He was transported to The Strafford County House of Corrections and released last week after posting $2,500 cash bail, against the wishes of prosecutors, according to the Associated Press.

Guerrero's bail conditions reportedly require him to wear a tracking bracelet and bar him from returning to New Hampshire or having contact with the victim.