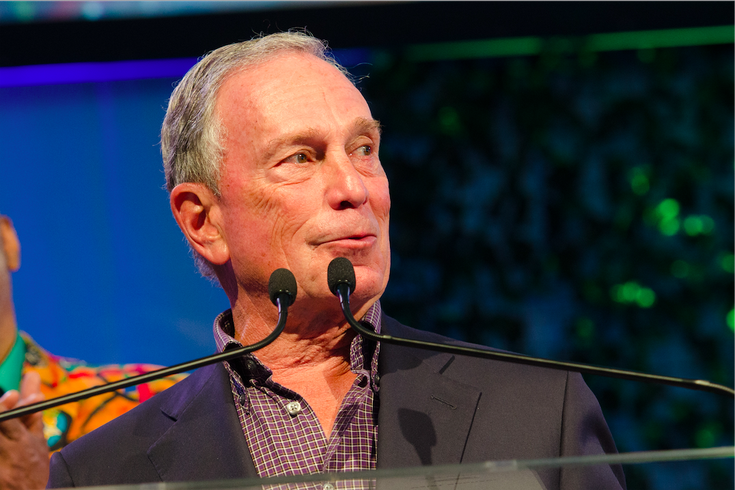 Bloomberg, a staunch advocate for public health policy, will dedicate his vast resources to the nonprofit Philadelphians for a Fair Future, which supports Mayor Kenney's proposal to tax all beverages with added caloric sweeteners by 3 cents per ounce, according to The Philadelphia Inquirer.

On Thursday, Philadelphians for a Fair Future will embark on an $825,000 ad campaign in support of the tax, which Mayor Kenney says will raise an additional $95 million in annual tax revenue to support a range of public initiatives, from universal pre-K and community schools to parks and library improvements.

As mayor, Bloomberg fought for a New York City ban on the sale of sugary drinks larger than 16 ounces, a measure that bypassed City Council but was eventually shot down by the New York Court of Appeals. At the time, Bloomberg had imposed the ban by taking his proposal to the New York City health board, then led by Thomas Farley, who now serves as health commissioner in Philadelphia.

City Council President Darrell Clark and Councilman Al Taubenberger both expressed skepticism about Kenney's proposal during a hearing Tuesday with Farley, according to Newsworks. They questioned whether declining soda revenues could sustainably fund quality pre-K in Philadelphia and suggested that many consumers would venture out to surrounding counties in order to avoid paying the tax.

The American Beverage Association alone spent more than $238,000 to defeat a similar soda tax proposal from former Philadelphia Mayor Michael Nutter in 2012. This time around, according to the Inquirer, the ABA has already dumped $2.5 million into the campaign to stop Kenney's plan, labeling it a "grocery tax" in television ads that portray the policy as a direct burden on low-income communities.

Philadelphia's soda tax debate has even drawn sharp lines in the 2016 Democratic presidential race, eliciting support from front-runner Hillary Clinton and criticism from Vermont Sen. Bernie Sanders, who called the proposal a "regressive" measure that will harm the city's poorest residents. Under Kenney's plan, 100-percent juice, milk and zero-calorie drinks would not be affected by the tax.

Nationally, only Berkeley, California, has successfully passed a soda tax — at one penny per fluid ounce — after Bloomberg provided millions of dollars of support for the initiative. Mexico's national tax on soda, passed in 2014, led to a 12 percent decline in soda sales and a 12 percent increase in the price of soda, though it isn't yet clear what effect the policy has had on the country's public health.

"Mayor Bloomberg's ideology represents a slippery slope of government intrusion in our lives. What will he try to mandate on Philadelphians next? Will Flyers fans have to start donning Rangers jerseys? Will Citizens Bank Park switch out "High Hopes" for "New York, New York" during home games?"

A protest by the anti-tax group has been scheduled for Wednesday afternoon at the northwest corner of City Hall.

The total amount of Bloomberg's personal contributions to the pro-soda tax campaign has not been disclosed. His donations have been joined by funding from the nonprofit Action Now Initiative, an antiobesity and health education organization led by Houston billionaires John and Laura Arnold.

Kevin Feely, who leads Philadelphians for a Fair Future, said the 30-second ad below will air on broadcast networks over the next three weeks.