Boom roasted: Poking fun at the rest of the NFC's teams 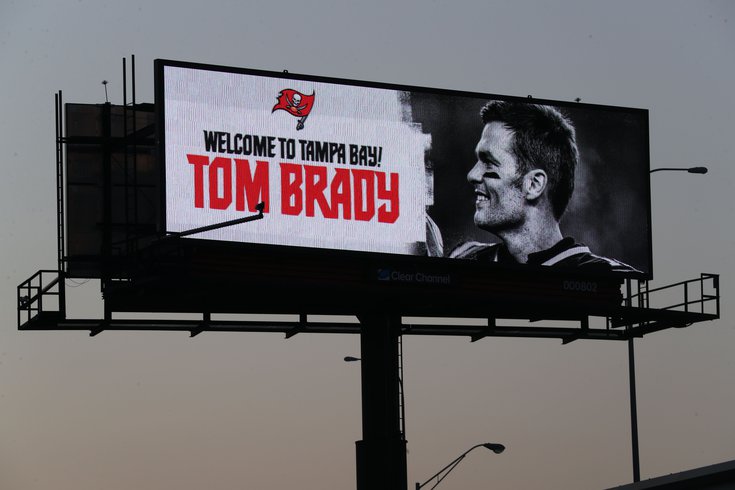 This week, all week long, we've been taking a 100 percent vitriolic look at each of the teams in the NFC East, in detail, while ignoring the positives. The first target on Monday was the Cowboys. On Tuesday, we roasted the Giants. On Wednesday, we poked fun at the Washington team.

Today, before we finish off the series with the Philadelphia Eagles on Friday, we'll poke a little fun at the rest of the NFC.

• Bears: Have you ever seen Being John Malkovich? Spoiler here, but you know how at the end of the movie, Craig leaves Malkovich's body to try to regain the love of Maxine, the woman he loves, and Dr. Lester takes advantage of Craig's absence to permanently enter Malkovich's body with his elderly cult-like followers who wish to use Malkovich's body as host to prolong their lives? And then when Maxine rejects Craig, he tries to re-enter Malkovich's body through the portal, which now instead leads to Emily, who is the offspring of Maxine and Lotte, Craig's former wife, who impregnated Maxine while previously controlling Malkovich's body?

And now Craig is trapped inside Emily, who he cannot control, and is forced to helplessly watch Maxine and Lotte's happy partnership?

Well, I imagine that's what it must feel like for Bears fans watching Patrick Mahomes or Deshaun Watson. Boom roasted.

• Lions: Matt Patricia has a .297 winning percentage and his players hate him. Let's give him another year! Boom roasted.

• Packers: In the NFCCG, the Packers' pathetic run defense looked like a mid-90's Kansas team getting steamrolled by Nebraska. Boom roasted.

• Buccaneers: In Jason Licht's six years as GM, the Bucs have compiled a 34-62 record (0.354), which is better than only the Jaguars and Browns during that span. They have finished dead last in the NFC South in four of those seasons, and in 2019, their season was essentially over in October after starting 2-6. But, sure, they're only one player away. Boom roasted.

• Falcons: Since choking in the Super Bowl, they have gotten progressively older and worse in every subsequent season, and seem to think that things are magically going to turn around sticking with the same roster. Boom roasted.

• Panthers: In the three games after Carolina was mathematically eliminated from playoff contention, after they had already fired Ron Rivera, these idiots let Christian McCaffrey average 24 touches per game, despite overwhelming evidence of the negative future ramifications of running backs coming off of extreme usage seasons. Like, I get if the interim coach used him heavily initially, like in his first game, but the expectation would be that the owner would step in and be like, "Uh, yeah, let's not overwork our only good player in meaningless football games, thanks." Boom roasted.

• Saints: What'd your team do in the playoffs last year, Sean Payton?

And the year before that?

And the year before that?

• Cardinals: The Cards are that team you just kind of forgot existed for a while, but they have some fun players and everyone seems to agree that they're on their way up. I look forward to how they annoy me this time next year. Boom roasted (OK not really).

• Rams: The days when Sean McVay dazzled morons by being able to name players on the opposing team seem to be over. Let's hope, anyway. Boom roasted.

• Seahawks: Pete Carroll being thought of as one of the best coaches in the NFL when he wastes Russell Wilson's talent by insisting on being a run-heavy team is one of the more fascinating widely accepted viewpoints of this era. Also, we mentioned this last year but it's worth repeating -- It boggles the mind how Seahawks fans aren't universally mocked for wearing those incredibly lame 12 jerseys. "YAY WE'RE THE BEST FANS EVERRRRRRRR!" Boom roasted.