Chatty Monks Brewing Co. and Upper Reach Meadery are hosting a pop-up bar at the food hall from April 7-9 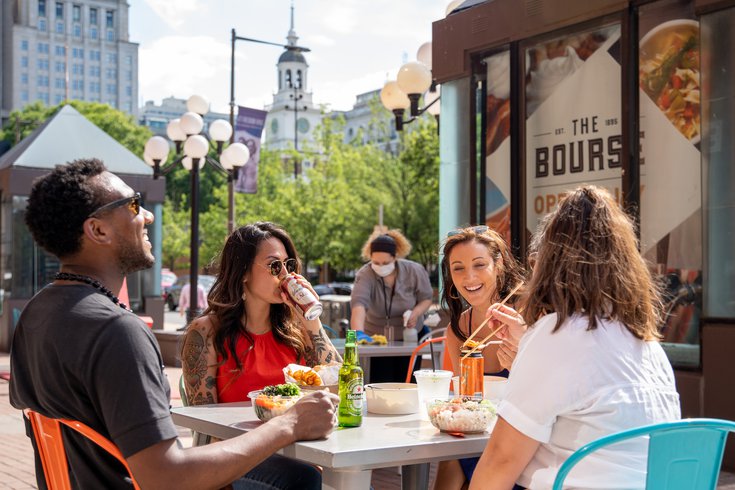 The Bourse Food Hall is bringing back its spring and summer outdoor events beginning on April 7 in honor of National Beer Day.

Spring is finally here and many Philadelphians are ready to spend some time in the warm weather after a winter spent huddled at home.

The Bourse Food Hall is bringing back its line-up of outdoor events beginning with a three-day pop-up bar in celebration of National Beer Day. From April 7-9, West Reading's Chatty Monks Brewing Co. and Phoenixville-based Upper Reach Meadery are teaming up to serve pay-as-you-go brews.

On Thursday, April 7 from 5:30 to 6:30 p.m., sign ups for the first of six yoga and pilates classes will be available. Each class is being held the first Thursday of each month through September.

Tickets for "Namastes and IPAs" cost $35 per person and include the class plus a free beverage from Freebyrd Chicken at The Bourse. Additional class dates are May 5, June 2, July 7, Aug. 4, and Sept. 1. 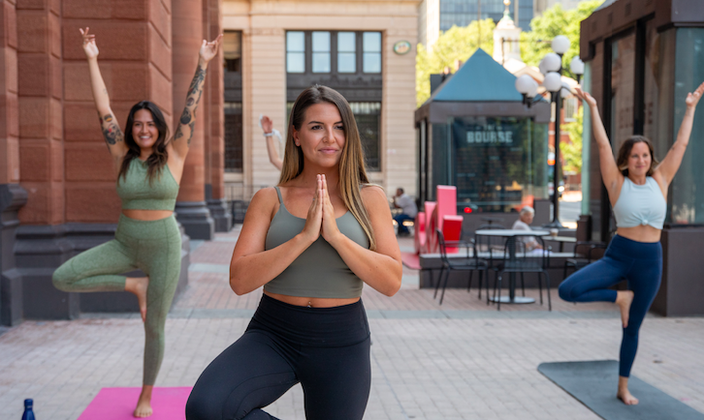 The Bourse Food Hall is hosting 'Namates and IPAs,' a monthly yoga and pilates class paired with a free beverage from Freebyrd Chicken, the first Thursday of each month beginning on April 7.

"With holidays like National Beer Day, it's fun to partner with local brewers and businesses to bring experiences for everyone to enjoy," said Katelyn Martin, general manager at The Bourse Food Hall. "Whether you're looking for a post-yoga drink, or a movie night with friends, we’re so excited to spring back into events with some local brews and meads!”

The Bourse is bringing back its weekly outdoor movies on Friday, April 8. Each Friday in April, a classic baseball movie will be shown from 7 to 10 p.m on the 5th Street Patio. Tickets are $40 per table of four, so groups of one, two, three, or four can easily split the cost.

The first film screening is "Angels in the Outfield," followed by "A League of Their Own" on April 15. Check out "Rookie of The Year" on April 22. "The Sandlot" will conclude the movie series on April 29. 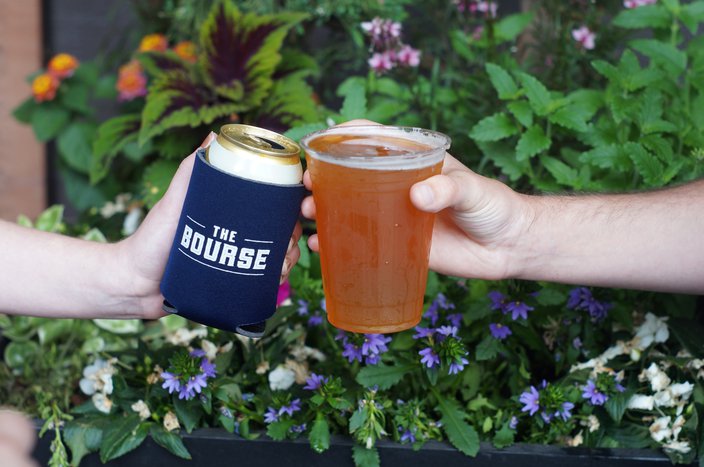 The Bourse Food Hall is bringing back its spring and summer outdoor events on Thursday, April 7 in honor of National Beer Day with a three-day pop-up bar.

The pop-up bar finishes on Saturday, April 9 from 3 until 9 p.m. The Bourse's weekly outdoor movie series will continue through the end of the summer.

Outdoor Events at The Bourse