The Jenkintown native's upcoming film, 'Nightmare Alley,' is due out Dec. 17 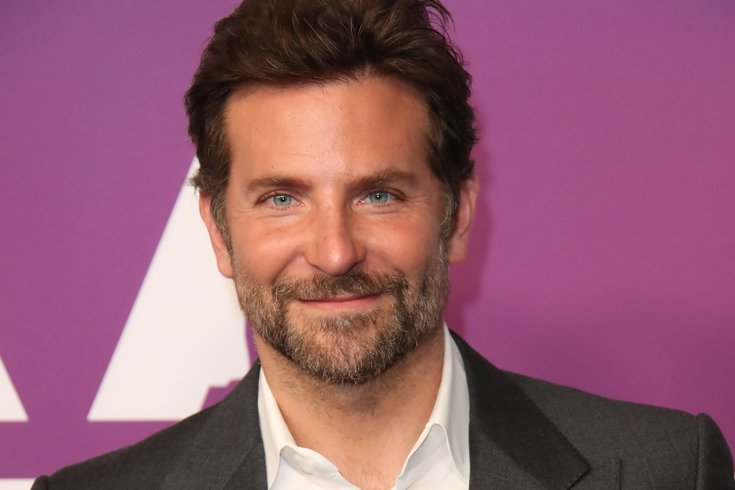 Bradley Cooper will forever be an honorary diplomat in Hollywood for the people of the Philadelphia area and South Jersey, whose passion for the Eagles he perfectly encapsulated in "Silver Linings Playbook."

Cooper grew up in Jenkintown and is known to make occasional appearances in the area, but his mother also owns a Jersey Shore home in Brigantine that he visits from time to time.

Cooper stopped in Cape May on Saturday before heading to Philadelphia to watch the Eagles defeat the New Orleans Saints on Sunday.

The Wildwood Video Archive blog received a few tips from readers on Saturday that Cooper was at the Washington Street Mall shopping district. Someone was able to snap a photo of Cooper and share it with the website.

Movie STAR Spotted In Cape May!!! If you were in Cape May this past weekend you may have had a run in with a famous movie star! https://wildwoodvideoarchive.com/movie-star-spotted-in-cape-may/

The "American Hustle" and "A Star is Born" actor is preparing for the Dec. 17 premiere of his new movie "Nightmare Alley," a psychological thriller directed by Guillermo Del Toro and adapted from William Lindsay Gresham's 1946 novel. The role of Stanton Carlisle was originally going to be played by Leonardo DiCaprio, but Cooper stepped in after developing a close relationship with Del Toro. He'll be joined on the ensemble cast by Cate Blanchett, Toni Collette, Willem Dafoe and Richard Jenkins, among others.

Here's a synopsis of the movie from Searchlight Pictures, followed by a trailer:

When charismatic but down-on-his-luck Stanton Carlisle (Bradley Cooper) endears himself to clairvoyant Zeena (Toni Collette) and her has-been mentalist husband Pete (David Strathairn) at a traveling carnival, he crafts a golden ticket to success, using this newly acquired knowledge to grift the wealthy elite of 1940s New York society. With the virtuous Molly (Rooney Mara) loyally by his side, Stanton plots to con a dangerous tycoon (Richard Jenkins) with the aid of a mysterious psychiatrist (Cate Blanchett) who might be his most formidable opponent yet.

The release of "Nightmare Alley" will follow a long production schedule that was interrupted by the COVID-19 pandemic and filmed out of order amidst ongoing rewrites, Cooper said earlier this year at the Tribeca Film Festival. The second half of the movie was actually shot before the first half.

Cooper, who has a 4-year-old daughter with supermodel Irina Shayk, has been rumored to be getting romantically close to Shayk again after the couple split in 2019. Maybe the next time he's at the Jersey Shore, he'll be joined by the two of them.