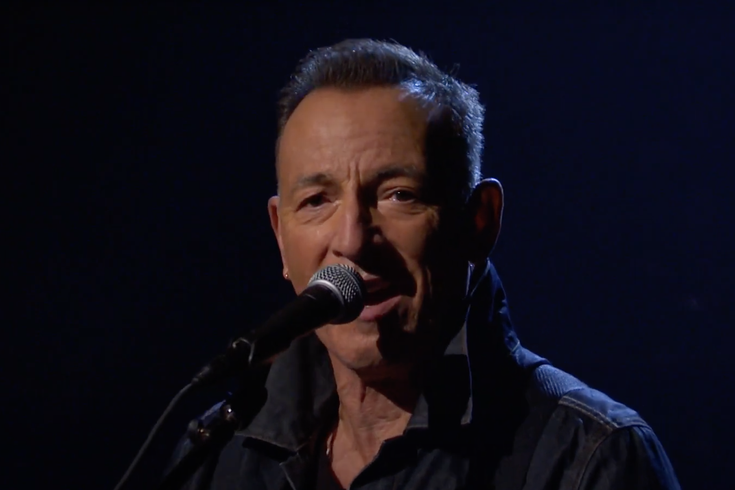 Bruce Springsteen and The E Street Band performed two songs, 'Ghosts' and 'I’ll See You in My Dreams,' off of their new studio album 'Letter to You.'

For the fourth time ever, Bruce Springsteen returned with The E Street Band to “Saturday Night Live” this week as the sketch comedy show’s musical guest.

Springsteen and the band performed two songs, “Ghosts” and “I’ll See You in My Dreams,” off of their new 12-track studio album “Letter to You” which was released in October.

Seeing Springsteen and The E Street Band perform together will come as a welcome sight to fans, who many have not seen play live since The River Tour 2016.

Springsteen’s first-ever appearance on SNL came in 1992, and he returned twice with The E Street Band as the show’s musical guest in 2002 and 2015.

“Letter to You” is the rock group’s first studio album in six years since “High Hopes” in 2014. It is the 20th album of Springsteen’s career, and it includes nine newly-written songs and new recordings of three previously unreleased songs from the 1970s.

It’s unclear yet if and when the musical group will go back out on tour for the new album due to the ongoing COVID-19 pandemic.