Army Pvt. Walter G. Wildman, 20, of Bristol, was killed during the Hürtgen Forest offensive in November 1944 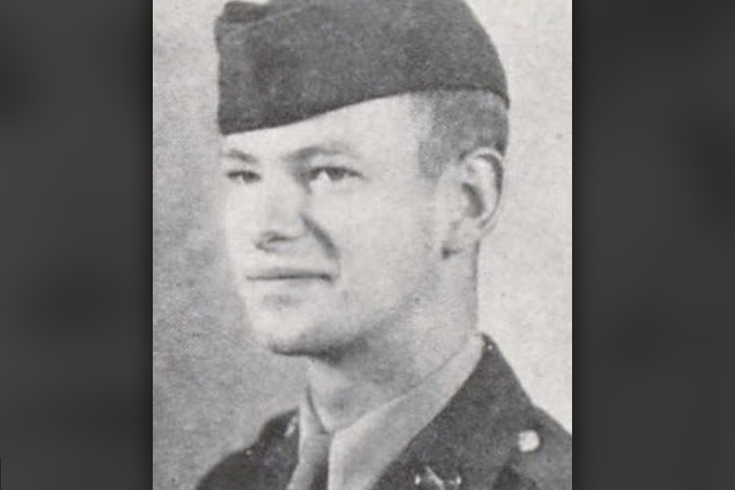 Army Pvt. Walter G. Wildman, 20, of Bristol, was killed in World War II during the Hürtgen Forest offensive in late 1944. His remains had gone decades without being identified, but the Defense POW/MIA Accounting Agency confirmed Wildman's identity earlier this year. He will now be buried in Newtown Township.

The remains of a soldier from Bucks County have been identified more than 77 years after he was killed at the tail end of World War II during one the U.S. Army's deadliest battles.

Army Pvt. Walter G. Wildman, 20, of Bristol, was killed in action during the Hürtgen Forest offensive in a densely wooded area east of the border between Belgium and Germany. The military campaign, which came after the pivotal D-Day operation in Normandy, stretched from Sept. 19, 1944 to Feb. 10, 1945 — making it the longest battle ever fought by the U.S. Army.

Wildman was killed in action on Nov. 13 after he was assigned that month to Company M, 12th Infantry Regiment, 4th Infantry Division. His body could not be recovered due to the intense fighting between U.S. soldiers and the entrenched German forces, who put up a strong defense despite the tide having turned toward the Allies in Europe.

On Thursday, the Defense POW/MIA Accounting Agency reported that Wildman's remains had been positively identified at its lab in Nebraska. His remains previously were discovered by a German demining team working in the forest in 1947. They were subsequently buried at Ardennes American Cemetery, a war memorial in the Belgian village of Neuville-en-Condroz.

In the aftermath of the war, the American Graves Registration Command conducted several investigations in the Hürtgen area between 1946 and 1950 to recover missing American personnel. The AGRC had declared Wildman non-recoverable in December 1951, after his remains had been found by the Germans.

A DPAA historian who was studying unresolved American losses in the Hürtgen Forest had the remains disinterred in April 2019 after concluding that they might belong to Wildman. Scientists used DNA, dental and anthropological analysis, in addition to material and circumstantial evidence, to confirm the soldier's identity in January.

Wildman's remains will be buried in Newtown Township on May 23, officials said.

Wildman entered the U.S. Army in March 1943 and initially had been sent to England, according to contemporaneous news clippings shared by DPAA. He was later sent to France, where he was shot in the jaw a few days after arriving. He recovered in England and returned to action in the months leading up to his participation in the Hürtgen Forest offensive.

Wildman also had a brother, Tech Sgt. Maurice Wildman, whose skull was fractured in a jeep accident in New Guinea. He returned to the United States and was stationed at Camp Butner, a U.S. Army installation in North Carolina.

The Hürtgen Forest offensive, sometimes called "America's Meat Grinder," was waged in treacherous, hilly terrain with declining temperatures during the course of the extended battle. Estimates of American casualties, including wounded soldiers, range between 33,000-57,000. Many were injured or killed in combat, but others were ravaged by illness. An estimated 28,000 German casualties were recorded in the battle. Combined, an estimated 25,000 soldiers died on both sides.

The German resistance, considered a defensive victory, overlapped with the Ardennes Offensive and has been historically overshadowed by the Battle of the Bulge, an even more costly but decisive moment in the war. The Allies claimed victory in that battle on Jan. 25, 1945 and the Germans surrendered five months later on May 7.

Wildman’s name is recorded on the Walls of the Missing at Netherlands American Cemetery, an American Battle Monuments Commission site in Margraten that includes the names of missing soldiers from World War II. A rosette will now be placed next to Wildman's name to indicate he has been accounted for after the passage of so many years.