Calling on Sen. Casey to endorse Medicare for all

By Matthew Ryan and Dustin Guastella 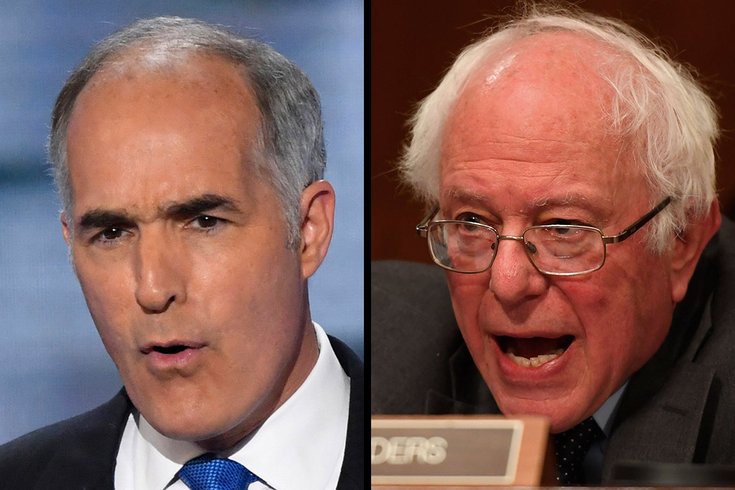 Philadelphia has a massive healthcare problem.

Despite having major hospital networks, world-class medical schools, and being a self-proclaimed center of “healthcare innovation,” Philly is one of the least healthy big cities in the country.

Consider the unusually high levels of infant and maternal mortality, the high rates of asthma and heart disease, not to mention hypertension and obesity. But our exceptionally poor health is not due to any unique biological defects of Philadelphians, nor is it related to some kind of amorphous culture of unhealthiness.

Our health is determined primarily by social factors and chief among them our inability to receive quality health care services.

The problem is simple: our employer-based, multi-payer health insurance system is built for profit, not for care. Despite the complaints from insurers about how Obamacare is making it difficult for them to do business, health insurance companies are enjoying record profits, and their CEOs are making $20 million per year on average. Until recently, insurance companies were being given subsidies to maintain lower prices required by the law, all while millions of people remained uninsured, even with the improvements made by the ACA.

Philadelphia is presented with an acute problem, in that one of the reasons Philadelphia is so unhealthy is that it is also the poorest big city in America. Because health outcomes are linked directly to wealth, the inability to obtain health insurance is especially dire for many poor and working class residents. Prices of health insurance plans in Pennsylvania, despite the wealth of healthcare resources available, have continued to increase, leaving more and more people in precarious and deadly circumstances.

This is indefensible and is why it’s incumbent upon Senator Bob Casey to follow the lead of the Philadelphia City Council and endorse Bernie Sanders’ Medicare for All Act.

This would be a huge step in getting health justice, not just for Philadelphians but for Pennsylvanians, as well. In March of this year, the Philadelphia City Council passed a resolution in support of S. 1804, The Medicare for All Act of 2017. This was meant to signal to members of both the Philadelphia delegation in the house and to Senator Casey that Philadelphians deserve better.

What would a single-payer system look like? Medicare for All would mean a single, public, universal health insurance system, managed by the federal government, where everyone, regardless of their employment or immigration status, is insured. Making the federal government the “single payer” of claims, and eliminating the profit motive in insurance, would allow us to control healthcare costs and devote more money to actually improving care instead of letting a few executives get rich at the expense of the people.

Some argue that such a plan would be inefficient, would cost too much, and ultimately would cause quality of care to worsen. Nothing could be further from the truth. The fact is, healthcare already accounts for one-sixth of the economy, and the administrative overhead of private insurers is approximately 18 percent, according to their own numbers, as opposed to Medicare’s 2 percent (if you include Medicare’s private plans – so-called Medicare Advantage – that number jumps to 6.4 percent, evidence of a clear link between privatization and administrative bloat). In terms of quality health outcomes, countless recent studies, including one from the OECD, which covers all industrial nations, shows a positive relationship between health outcomes and universal healthcare.

When it comes to individual families, the average family would save over $5,000 per year by not having monthly premiums, high deductibles, and ever-increasing costs of prescription drugs. For the one-quarter of Philly residents who currently live in poverty, and for the many who are financially precarious, a Medicare for All would ensure those who are most likely to need healthcare could get it without being priced out or going bankrupt.

Additionally, the bill includes a jobs program that would provide training for health insurance industry workers to go into new jobs and help provide a just transition.

It’s time to make the leap. Senator Casey, who up to this point has received over $100,000 in campaign donations from health insurers, must put his constituents first. It's time for him to join the Philadelphia Delegation in Congress, the Philadelphia City Council, and hundreds of thousands of Pennsylvanians in supporting Medicare for All. Only a universal, comprehensive program like Medicare for All can dramatically bring down costs, improve health outcomes, and deliver a health care solution that benefits the needs of the many and not the profits of the few.

Matthew Ryan and Dustin Guastella are organizers with the Philadelphia Democratic Socialists of America. Both live in Philadelphia.