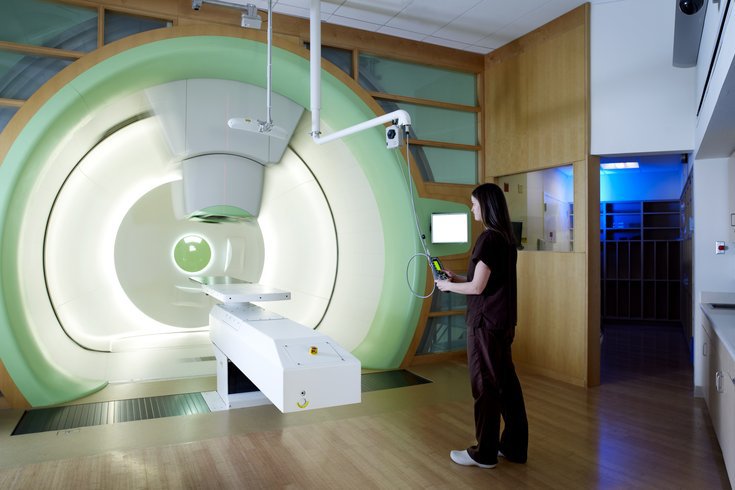 Penn Medicine scientists are studyingFLASH radiation, a promising cancer treatment that could be given within seconds and with fewer side effects.

A faster and safer radiation treatment may one day be available to cancer patients, thanks in part to a team of researchers at the University of Pennsylvania.

Scientists at Penn Medicine's Abramson Cancer Center have been studying the effectiveness and safety of FLASH radiation, which has the potential to deliver treatment within a second and with fewer side effects. Now, they have received a $12.3 million grant from the National Institutes of Health to further their research.

Cancer patients undergoing conventional radiation therapy typically receive 20-30 doses, each lasting several minutes, over a span of weeks. This sometimes results in fibrosis, a scarring of healthy soft tissue. Fibrosis can lead to adverse side effects, including death.

FLASH radiation could be delivered in less than three treatments each lasting no more than a second, according to researchers. It also may better protect tissues and organs from harmful effects caused by the treatment.

Studies on animals have found that FLASH radiation can spare more healthy tissue while being equally effective against tumors.

Penn researchers want to better determine the effectiveness of FLASH technology compared to other forms of radiation. The new grant will allow them to compare it to conventional proton, electron and carbon radiotherapy.

Over the next five years, the funding will be put towards four projects, including one studying its effect on bone cancer in dogs. Researchers will be tasked with minimizing harmful impacts on healthy organs and tissues while mitigating or eliminating tumors of the gastrointestinal tract, lungs, soft tissues and bones.

Researchers said the goal of this research will be to advance FLASH radiotherapy to future human clinical trials.

"A great deal remains to be done to better understand under what conditions FLASH radiation is able to reduce normal tissue injury and how it does so, and the work proposed in this grant will be a major step forward in this direction," said researcher Dr. Amit Maity.