Man's body found in surf off Cape May beach 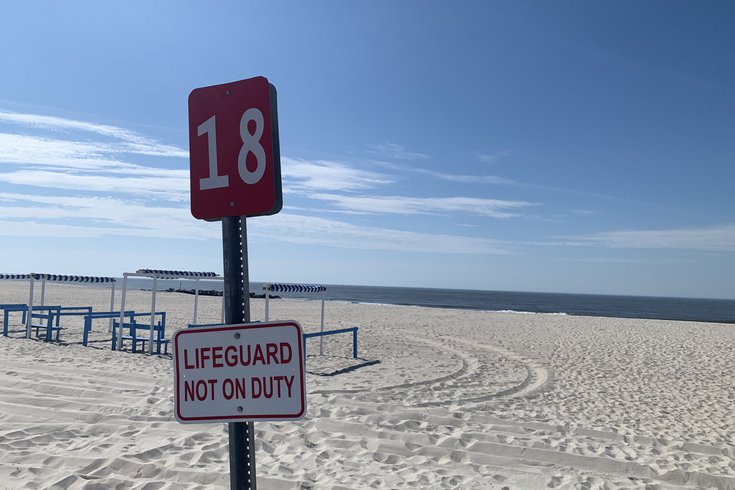 Cape May authorities discovered the body of a 21-year-old man on shore early Monday after rough surf prompted 48 beach rescues by swimmers struggling in rough surf. Conditions were attributed to Tropical Storm Isaias.

A man's body was recovered from the water at a Cape May beach, prompting officials to remind people of the dangers of swimming in areas of the ocean where there are strong rip currents and rough surf.

The person who died has been identified as Kevin L. Lare, a 21-year-old man from the nearby Erma section of Lower Township,officials with the Cape May County Prosecutor's Office said Tuesday.

Police discovered Lare's body around 1:30 a.m. Monday on a stretch of beach between Madison and Philadelphia avenues. The Cape May Beach Patrol had responded to reports of an unresponsive person in the water earlier Sunday night around 8:45 p.m. but were not immediately able to locate the person.

Detectives said foul play is not suspected in Lare's death, but an investigation is ongoing, officials said. It is believe Lared died while swimming in the large waves that had been present the last few days.

Cape May Beach Patrol conducted 48 beach rescues of struggling swimmers over the weekend.

Rough surf and rip currents in Cape May and other Jersey Shore beaches are due to Tropical Storm Isaias, which passed through the region this morning as it moved up the East Coast. All of New Jersey was placed under a state of emergency Tuesday morning by Gov. Phil Murphy, and the National Weather Service confirmed tornadoes touched down in Cape May County.