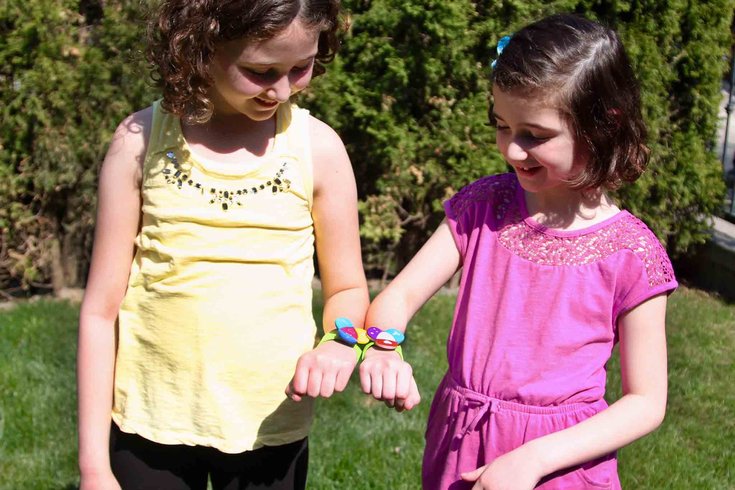 Each Linkitz kit contains a set of modular links that look like the petals of a flower, each of which is a self-contained device with its own functionality.

As our world becomes more plugged in than ever before, the demand for job candidates in STEM fields (Science, Technology, Engineering, and Mathematics) continues to increase. A recent analysis from 2013 predicts that STEM jobs will grow 55 percent faster than non-STEM jobs over the next decade.

Not only does STEM harbor some of the highest-paying and fastest-growing jobs out there, the gender wage gap is also smaller — yet, for reasons not completely understood, there is a well-documented dearth of women in these lucrative fields.

“Children are curious and interested, and just because of the way toys are marketed now, girls haven't had that chance to play with technology." – Lyssa Neel, CEO, Linkitz

The co-founder and CEO of Linkitz, Lyssa Neel, hopes a new generation of toys designed to spur young girls' interest in technology could inspire more women to enter STEM fields down the line. Because girls start losing their enthusiasm for STEM as soon as the age of eight, she is aiming to catch them at an early age with Linkitz's wearable electronic toy designed for exploration of both hardware and coding.

“Children are curious and interested, and just because of the way toys are marketed now, girls haven't had that chance to play with technology,” said Neel, a computer scientist.

Each Linkitz kit contains a set of modular links that look like the petals of a flower, each of which is a self-contained device with its own functionality. There are links that light up (LED Link), respond to motion (Move Link), pick up on noises (Microphone Link), and notify the child when a friend is nearby (Friend Link). These brightly colored pieces then snap into a central programmable hub to create a customized wearable, such as a pendant necklace, magic wand or strap bracelet. 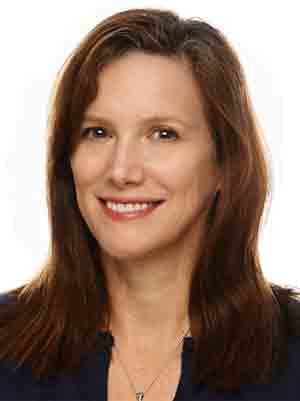 “One key component that I thought about was social interaction,” said Neel, at left. “Friends are the most important thing to them besides parents, so one of our links is the Friend Link — if a friend is nearby, it will light up.”

The company has made five Links so far, but it plans to add more later to expand the number of different Linkitz combinations. For instance, a child could start by plugging the Move Link into the hub, and Linkitz starts a game of Simon Says. Add the Speaker Link, and it becomes a portable musical instrument. Using a combination of three links — Speaker, Microphone, and Friend — creates a walkie-talkie.

The kits can be pre-ordered for $60 through the company's Kickstarter campaign, which launched last week and has already raised more than $40,000 of the $95,000 goal.

“I saw how growing up, toys influenced my path into engineering,” said Drew Macrae, Linkitz's co-founder and chief technology officer. He cites Lego Mindstorms, the hardware/software kits that let kids create their own robots, as having inspired him to become an engineer. “It might be the toys children are playing with that might lead to this gender bias down the road.”

“These kinds of toys, like GoldieBlox or Linkitz, put the kid in charge and allow for a number of possibilities. I think they are good ways to attract young girls in particular to play with digital and programmable material, and that's fabulous.” – Kathy Hirsh-Pasek, Temple University psychologist

For this reason, Linkitz is aimed for young girls from 4 to 8 years old. Toys for this age group tend to be very gendered — lots of dolls, ponies, and Disney princesses targeted toward girls, while robots, electronic games and construction toys dominate the boys' market. Most products meant to get children interested in engineering-type tinkering are made for boys only, both in the minds of marketers and parents alike.

“The route to girls in STEM has to happen before the age of around 7, since research says that girls are excluded by age 8,” said Isabel Pedersen, director of the Decimal Lab at the University of Ontario. “At that point, we've lost them.”

Pedersen's research focus is within wearable technology, and she plans to collaborate with Linkitz to investigate how girls will engage with Linkitz and other toys in the long-term. 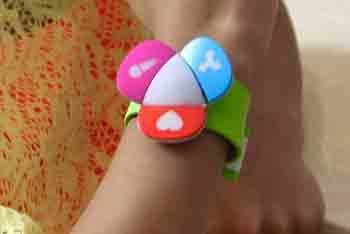 “The study would involve giving children certain wearables and — not chart the functionality of what they do with them, but the stories they tell with them as a means to understand how they are adopting technology,” said Pedersen, who first connected with Neel in September based on their common interests.

After graduating with her Ph.D. in computer science from the Massachusetts Institute of Technology — at that point, only the 10th woman ever to do so — Neel worked for a variety of tech companies before getting the itch to create a STEM-based toy for girls. She has three daughters of her own, and was inspired to design a toy based on the way they were playing.

Neel first thought of a toy that would light up when girls played hand-clapping games, like Miss Mary Mack or Slide. Then she got the idea for a modular toy, with colorful electronic links that kids could connect in different ways.

“I started to think about what could I do to increase the number of girls in tech,” she said. “I wanted to make a product that appealed to girls and gave them the opportunity to experiment with technology to see how much fun it could be.”

The toy can be played with right out of the box, using the device's default programming. But children curious about coding can connect Linkitz to a computer or tablet and experiment with a picture-based programming interface. For instance, they can customize the color of the LED Link's light or the sound emitted by the Speaker Link using this simplistic interface. 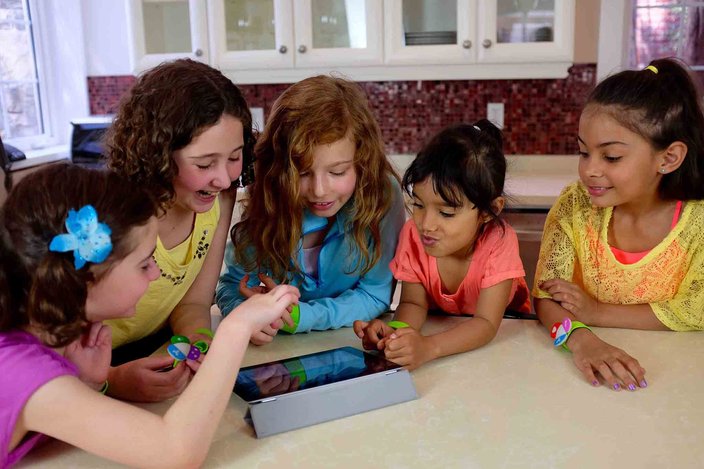 Linkitz can connect to a computer or tablet so that children curious about coding can experiment with a picture-based programming interface. (www.linkitz.com)

“These kinds of toys, like GoldieBlox or Linkitz, put the kid in charge and allow for a number of possibilities,” said Temple University psychologist Kathy Hirsh-Pasek, who studies the importance of play in children. “I think they are good ways to attract young girls in particular to play with digital and programmable material, and that's fabulous.”

Macrae, a former engineer at Intel whose parents grew up in New Jersey, emphasizes that a lot of computer programming is about confidence — knowing that the code will run properly, that a solution can indeed be found, or that a code can be debugged. If girls have even a little bit of training early on, that could lead to an increased sense of confidence in the STEM classroom and beyond, he said.

“Educationally, we're sort of failing girls by not showing them that they can think of themselves as engineers or people that write software,” Macrae said. “Not everyone is going to go into these STEM fields, but just like how you teach all kids to write, our opportunity to use computers to make our lives better shouldn't be reserved for those who do it full-time.”

Meeri Kim, Ph.D is a freelance science journalist for PhillyVoice.