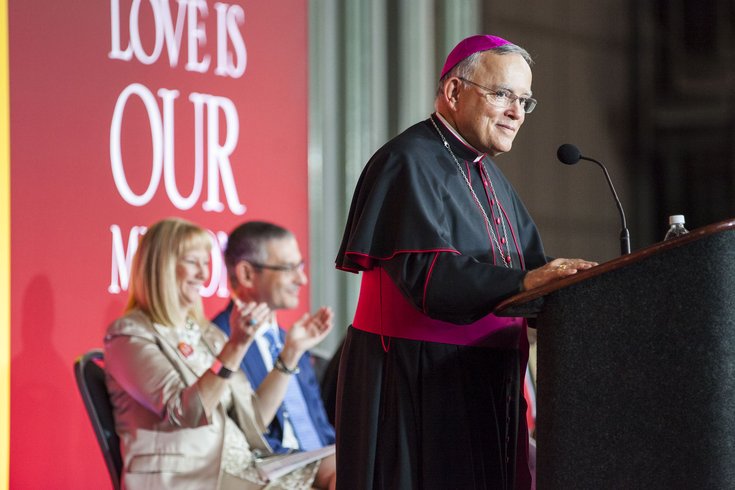 Thousands of low-income students enrolled in Archdiocese of Philadelphia schools stand to lose vital scholarships unless the state issues authorizations to businesses that contribute to qualified scholarship organizations.

The programs require authorizations for companies and the subsequent scholarship contributions to be made by the end of the year. If that process is delayed, Archbishop Charles Chaput said, more Catholic schools could be forced to shut down.

He issued a statement Thursday urging Gov. Tom Wolf to ensure the authorizations are made by the new year.

"If these contributions are not made, then scholarships will not be available for thousands of students who attend Catholic and many other private schools," Chaput said. "In the case of the Archdiocese of Philadelphia, this immediately builds pressure for school closures as early as next year, because the EITC and OSTC scholarships are vital to parents' ability to afford their children's education."

Wolf press secretary Jeff Sheridan said the authorizations cannot be made until the state budget is finalized. Wolf and the Republican legislature are engaged in a budget stalemate that has stretched nearly five months beyond the budget deadline.

"(T)he bottom line is that money cannot be released without a budget and the governor has offered significant compromises throughout this entire process in an effort to reach an end to the budget stalemate so many different organizations can receive their funding," Sheridan wrote in an email. "I cannot say the same for Republicans. I hope the Archbishop is encouraging people to contact Republican legislators as well."

"We're doing it for half of that," Budd said. "When a kid leaves one of our schools because the funding is not there to augment their parents' income, it's costing the taxpayer even more money to educate them now."

Donors to the EITC program can require their contributions be used for specific schools or provide other requirements. The OSTC contributions benefit students living in within the boundaries of low-performing schools.

Many of these donations are funneled through qualified scholarship organizations.

Business Leadership Organized for Catholic Schools (BLOCS), the largest scholarship organization in Pennsylvania, is at risk of losing nearly $15 million in pledged funding for next year, executive director Bill O'Brien said. Such a loss would leave some 4,000 low-income students enrolled in archdiocese schools without critical funding.

Without BLOCS scholarships, which subsidize more than 40 percent of a student's tuition, O'Brien said many students would be forced back into underperforming public schools. BLOCS is preparing to rally outside Wolf's Philadelphia office Monday afternoon.

"I can't borrow like a school district," O'Brien said. "I can't go out and borrow ($15) million in hopes that these credits are going to come in. I have to wait for the cash to come in."

Despite the budget impasse, O'Brien said the state should be able to release the authorizations because the tax credits are written into the tax reform code. O'Brien noted Wolf flatlined the tax credit programs – which enjoy bipartisan support – when he issued his first budget proposal.

"It's not money – it's credit," O'Brien said. "It's a certain amount of credit that the state allows to be taken against the budget. That number is $150 million in total for these two programs."

But Daniel Carrigan, spokesman for the Department of Community and Economic Development, said that allocations can change during the budgeting process, so they cannot be issued sooner. DCED is prepared to issue award letters as soon as the budget is approved, he said.

"In the past, certain tax credit allocations were reduced or eliminated as part of a final budget agreement," Carrigan said in an email. "Without such an agreement, we simply do not know whether the program limits that will ultimately be approved for the credits will be higher than, lower than, or the same as the limits that were in effect last year."

School closures are nothing new to the Archdiocese.

Three years ago, the Archdiocese announced it was closing 48 schools due to a lack of funding. But four high schools – West Catholic, Bonner-Prendie, St. Hubert's and Conwell-Egan – were saved from the chopping block when their communities rallied to raise millions of dollars.

In the wake of the schools being saved, Chaput stressed the importance of the tax credit programs, saying their expansion was necessary to keep the schools afloat in the long run.