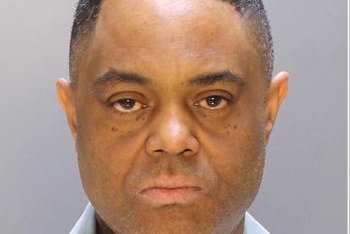 Over the weekend, Philadelphia Police arrested Kevin Cooke, 52, of Cheltenham after he, allegedly, ran down a police officer and dragged him along Lancaster Avenue.

A Montgomery County man has been arrested for allegedly dragging a Philadelphia police officer with his car after a traffic stop on Sunday in Overbrook.

On Monday, police said Kevin Cooke, 52, of Roncover Road in Cheltenham, was taken into custody for his alleged involvement with the incident along the 6000 block of Lancaster Avenue. He is charged with aggravated assault, simple assault, driving without a license and related offenses.

According to police, the incident started about 1:58 a.m. Sunday when an officer pulled over a silver 2008 Infiniti after allegedly observing the vehicle traveling without its headlights on in the 5200 block of Lancaster Avenue in Overbrook.

The officer stopped the vehicle, which was driven by Cooke, in the 6000 block of Lancaster Avenue, police said. As the officer approached the vehicle, Cooke ducked out of sight on the passenger side.

When the officer approached the driver's side window, Cooke sat back up, police said. As he asked for identification, the officer allegedly observed a glassy look in Cooke's eyes and smelled alcohol on his breath.

Then, the officer observed Cooke make a move to engage the shifter of the vehicle, and after the officer tried to get Cooke to calm down, Cooke allegedly put the vehicle in gear, turned to the left and accelerated, police said.

The officer, has not been identified, was struck by the car, police said, and as he lost balance, he reached inside the car as Cooke's vehicle reached a high rate of speed.

As the car headed down Lancaster Avenue, the officer shouted for Cooke to stop the car as he hung on to the driver's side door, police said. When Cooke straightened out the car, after traveling a short distance, the officer let go of the car and was thrown about 20 feet, skidding onto the road.

The officer was able to avoid injury, though police said, his equipment, boots and firearm had visible damage from sliding on the highway.

Cooke's car then sped off. About 30 minutes later, his car was seen in the area of City and Belmont avenues, where police said they attempted to stop his car in the Target parking lot at 4000 Monument Road. The vehicle fled, but police later learned the car was in an accident near Ridge Avenue and Kelly Drive. Cooke allegedly abandoned the car and fled on foot down Ridge Ave.