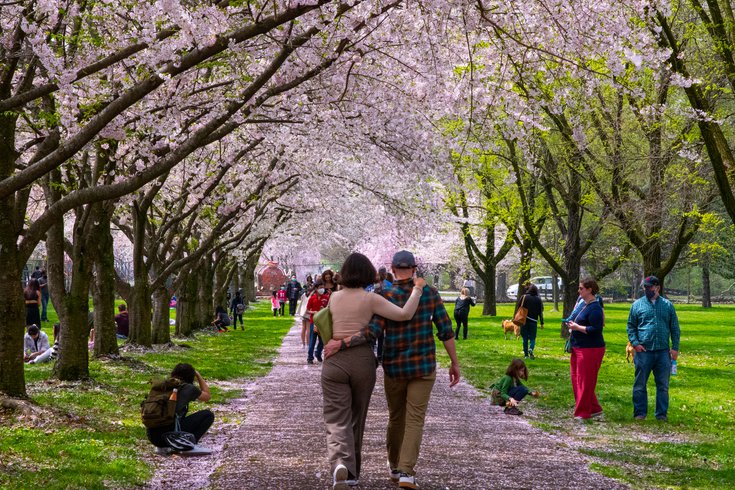 The Shofuso Cherry Blossom Festival will feature a line-up of concerts aimed at celebrating the intersection of Japanese and African American cultures.

Cherry blossom season is here, and with it, the Shofuso Cherry Blossom Festival returns after a two-year hiatus caused by the COVID-19 pandemic. What had been traditionally a single-day event in the past is being replaced with a full weekend of concert performances in a new format.

This weekend, the Sakura Concert Series will feature music that showcases the intersections of Japanese and African American culture as a way to better represent Parkside, the community where the festival is located each year.

RELATED: The Easter Promenade returns to South Street after a pandemic hiatus

The event, which takes place near Shofuso at the Fairmount Horticulture Center, is free to the public. However, paid admission is required to visit the Shofuso Japanese Cultural Center.

Chu, Z and Tingbudong are currently touring in five cities and making their Philly stop at the Cherry Blossom Festival. Chu and Z will perform songs from "Face Value," their most recent album which they say is meant to "center 170+ years of Asian American communal history and strength."

Saturday will feature an evening of taiko and funk, with a cherry blossom light show, from 6-10 p.m. The musical performances will include Philly-based funk artists Badd Kitti and Omar's Hat. 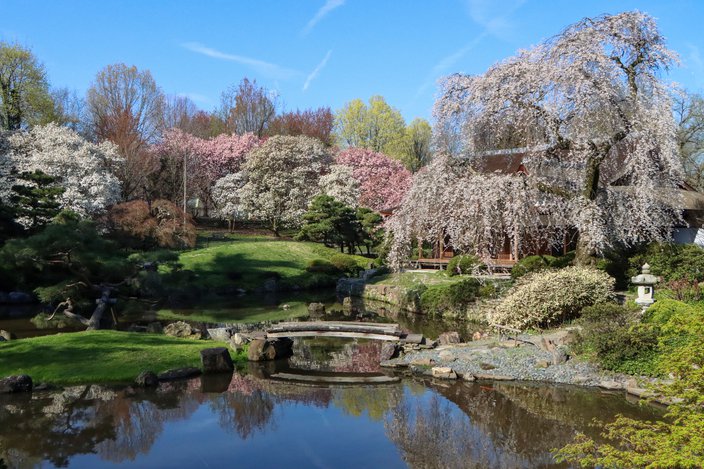 The Sakura Concert Series will now be featured as a weekend-long event rather than a single day. There will be four concerts, with jazz, reggae, taiko, and hip hop performances.

On Sunday, Shofuso will host two concerts to conclude the event. The first is a dance and taiko show featuring KyoTaiko, a community drumming ensemble based in Philly, and the Swarthmore Taiko Ensemble, among others, from 11 a.m. to 3 p.m.

A jazz and reggae concert will run from 3-5 p.m. and feature the West Powelton Drummers and Acarajé, a community samba reggae band aimed at making music to stand against oppression.

A weeklong Parks on Tap pop-up beer garden, located outside the Fairmount Horticulture Center, is accompanying the festival. The pop-up will be open for all three days of the festival.

Though there will not be a large vendor market like in previous years, there will be additional food and drink available for purchase. Visitors are encouraged to bring blankets and picnic under the cherry blossoms.

Cherry blossoms are an important marker of the beginning of spring, both in Japan and in Philadelphia. The Japanese American Society of Greater Philadelphia planted 1,000 cherry trees from 1998 through 2007, adding to the 1,600 trees the Japanese government gifted the city in 1926 to celebrate the 150th anniversary of American independence.

Most of the pink and white flowers are visible near the Philadelphia Museum of Art, along the Schuylkill River Trail and on Belmont Plateau. A full, hand-painted map of cherry blossoms throughout Fairmount Park and the rest of Philadelphia is available here, courtesy of Japanese artist Hiro Sakaguchi.

Sandi Polyakov, head gardener at Shofuso, told Axios that the cherry blossoms reached their peak bloom last Friday. Once they bloom, the flowers are typically on display for up to two weeks. This year's bloom is a bit later than is typical in the city, largely due to the cold weather during March.