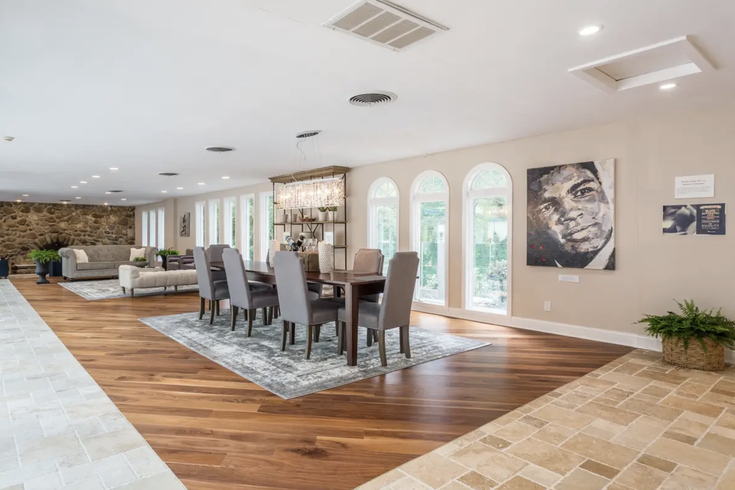 Cherry Hill Township Council introduced an ordinance Monday that would restrict of short-term rentals properties – like those done through Airbnb – to 30-day minimum stays. Officials said the move is partly in response to problems at the former Muhammed Ali mansion, which has become a popular Airbnb rental.

Cherry Hill Township Council is moving forward with an ordinance that would restrict short-term rentals, like those booked through Airbnb, to 30-day minimum stays. Violating the proposed law would be punishable by a fine of up to $2,000 a day and as many as 90 days in jail.

The council said in a press release that it had received complaints from residents across Cherry Hill about problems from short-term rentals, like excessive noise, traffic and parking congestion, vandalism, and overcrowding.

The popular Muhammad Ali rental has become the centerpiece for this fight. The Tuscan-style mansion at 1121 Winding Drive in a secluded neighborhood on Cherry Hill's east side recently was named a top rental among the Philadelphia-area properties listed on Airbnb. Originally built in 1965 on a 1.5-acre wooded lot, Ali lived there from 1971-74, a period that included the legendary Rumble in The Jungle in Zaire, when Ali recaptured the World Heavyweight Championship with a knockout of George Foreman.

The Ali house currently is listed at $1,000 per night; it can accommodate up to 12 people, though it seems to be used more as a place to host events and parties.

Cherry Hill officials said short-term commercial usages like that violate the township's zoning laws. But it is not the only short-term rental about which residents have complained.

"This ordinance is designed to safeguard the peace, safety, and general welfare of our residents and neighborhoods," Cherry Hill Mayor Chuck Cahn said about the proposed ordinance.

Cherry Hill's action comes days after a similar ordinance introduced in March was finalized by the Collingswood Township Council.  Some residents were not thrilled when the ordinance was announced earlier this year.

Collingswood's ordinance caps short-term rentals at 30 days per year and renters cannot stay for more than 14 consecutive days. The owners of properties listed on Airbnb or other rental uses also must carry liability insurance of at least $500,000.