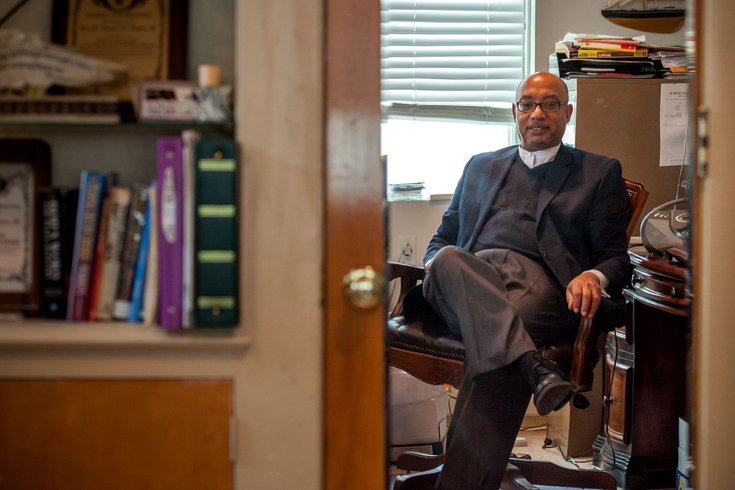 Rev. Bayard Taylor of the Calvary Baptist Church is seen through a reflection from a mirror hanging on a door in his office. Dr. King once stood in front of the mirror and asked, "Who am I?"

An old mirror hangs in the pastoral office at Calvary Baptist Church in Chester. Lacking a frame, its upper-right corner chipped away some time ago.

The Rev. Bayard Taylor sought to remove the mirror a while back, but before doing so, he learned of its significance. And the mirror stayed.

Martin Luther King Jr. had gazed into that very mirror soon after receiving the Nobel Peace Prize in 1964. Wondering aloud, King asked, “Who am I?”

“That was powerful to me,” said Taylor, who became Calvary Baptist’s pastor in 2000. “I was astounded just to hear that.”

At the time of King’s visit, the office belonged to the Rev. J. Pius Barbour, a man revered by both King and the Calvary Baptist congregation.

Long before King took the reins of the Civil Rights Movement, he spent three formative years living in Chester.

King formally studied at Crozer Theological Seminary in neighboring Upland. Perhaps more critically, he received an informal education from Barbour, a family friend whom he later credited as one of his biggest influences.

The pair formed a bond that never was relinquished. 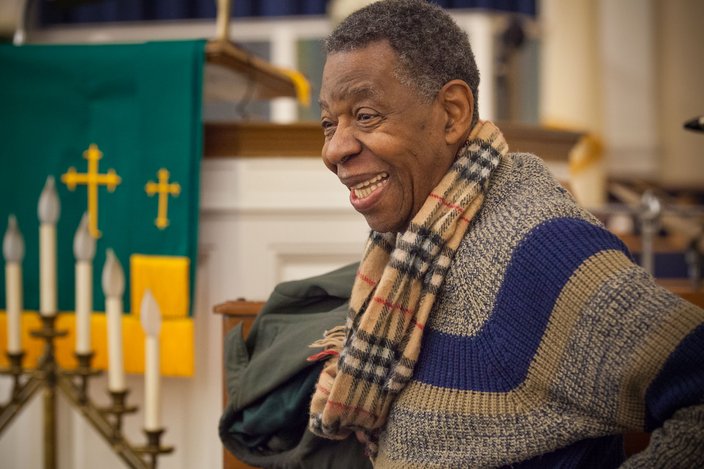 “He would come back here quite a bit to share with Dr. Barbour,” Taylor said. “When he was given the Nobel Peace Prize … he came back here. This was his first stop, to see Dr. Barbour."

Barbour, the editor of National Baptist Voice, spent 40 years at Calvary Baptist, where students from across the nation sought his tutelage. The informal seminars he hosted in the church parsonage grew legendary among the congregation; his pupils took on the namesake ‘Sons of Calvary.’

Often meeting over dinner, Barbour challenged the students on Christian theology and ministry. He also picked apart their sermons, questioning the delivery of each word.

King, who arrived in 1948 following his graduation from Morehouse College in Atlanta, was no exception.

“[He] and Dr. Barbour were real close,” Taylor said. “They were like father and son.”

Matthew Jenkins, a church deacon, was entering high school by the time King left Chester for Boston University 1951. He cannot recall any specific memories of King, but as King’s stature rose, Jenkins heard the memories of others.

King – known then as Mike – possessed a keen intellect, Jenkins said. And Barbour drew it out.

Asked whether King would have risen to such prominence without Barbour, Jenkins pondered in thought.

“Probably not to the extent that he became,” Jenkins said. “I don’t know of others who were able to connect or interface with King like Barbour was able to.”

King held Barbour in such high regard that his family asked the Chester pastor to attend King’s funeral service in Atlanta, Jenkins said. Barbour could not attend but sent Deacon Herman Dawson in his place.

Upon arriving at Ebenezer Baptist Church, Dawson found a crowd so massive that he struggled to get into the service, Jenkins said.

“When it was told that Deacon Dawson was from Calvary in Chester, he was almost pulled into the church,” Jenkins said. “It shows the respect and love of those who know Barbour and the relationship between Barbour and King.”

By the time King was assassinated in 1968, his thoughts on nonviolent resistance were both well-established and well-known.

His philosophy could be traced to his Chester days, when he once traveled to the Fellowship House of Philadelphia to hear a lecture by Mordecai Johnson, the president of Howard University. 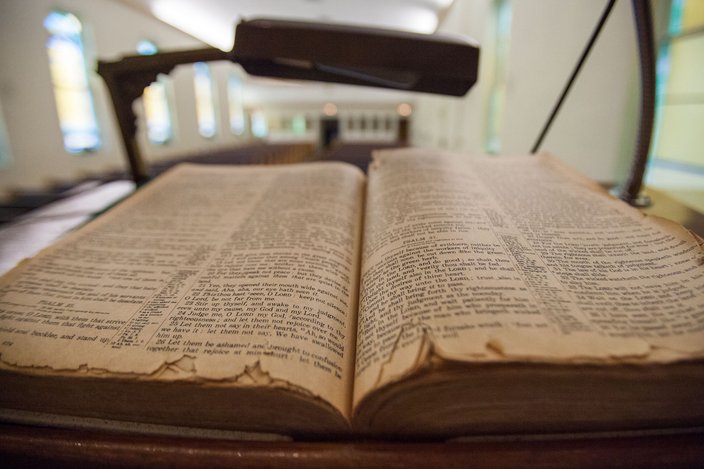 “His message was so profound and electrifying that I left the meeting and bought a half-dozen books on Gandhi’s life and works,” King wrote in "Stride Toward Freedom," his memoir of the Montgomery Bus Boycott. “As I read, I became deeply fascinated by his campaigns of nonviolent resistance.”

King left Chester in 1951 as the valedictorian of his Crozer class. Four years later, he was at the forefront of the Montgomery Bus Boycott, beginning a journey that transformed race relations in the United States.

“If he had not gone to that lecture, America might be a very different place today,” said Steve Kline, the communications director of the Martin Luther King Jr. Center for Nonviolent Social Change.

The pivotal role that Calvary Baptist Church, which sits along Route 291 in the shadow of the Commodore Barry Bridge, played in King’s development is dictated on a historical marker outside its doors.

It is not unusual for a curious stranger to poke his head into the church, Taylor said, particularly around Martin Luther King Jr. Day. But hundreds of motorists pass by every day, many unaware of its historical significance.

Much of the building remains as it was when King studied under Barbour. The pulpit from which he occasionally preached is still used, and the pews are unchanged.

“The only thing that’s probably changed in the sanctuary is the color,” Taylor said. “It used to be blue.” 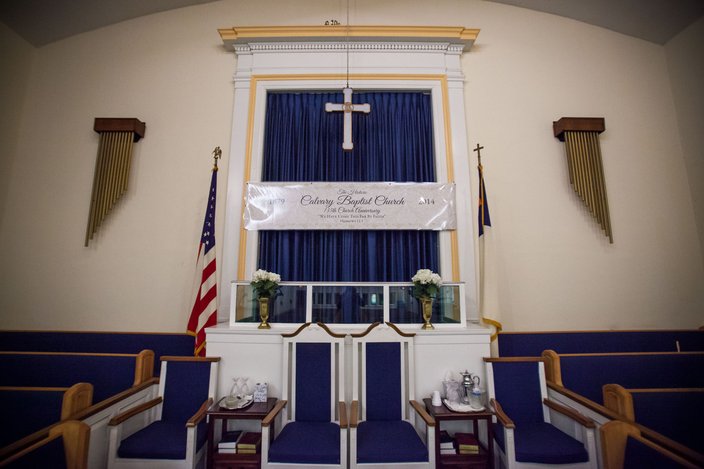 The congregation, Taylor said, prides itself on its history. More than 300 people crowded into its sanctuary last year for the annual Martin Luther King celebration.

Since becoming pastor in 2000, Taylor said he has tried to better highlight the church’s significance, cataloguing its detailed history on its website and commissioning a King mural to be painted on a neighboring home.

His latest project was a voice layover of a sermon King preached at Calvary Baptist on March 3, 1949. Dubbed “Facing Life’s Inescapables,” King proclaimed that people cannot escape themselves, sacrifice and Jesus.

“As long as each individual refuses to accept his moral responsibility, there can never be any hope for better life, either for him or for the world,” King preached.

Sitting in his office, Taylor was mesmerized by the message. Across the country, the dialogue sparked by the police shooting of Michael Brown in Ferguson, Missouri, is ongoing.

“It’s like he’s speaking to us today,” said Taylor, the chipped mirror hanging to his right. “That’s a powerful one.”