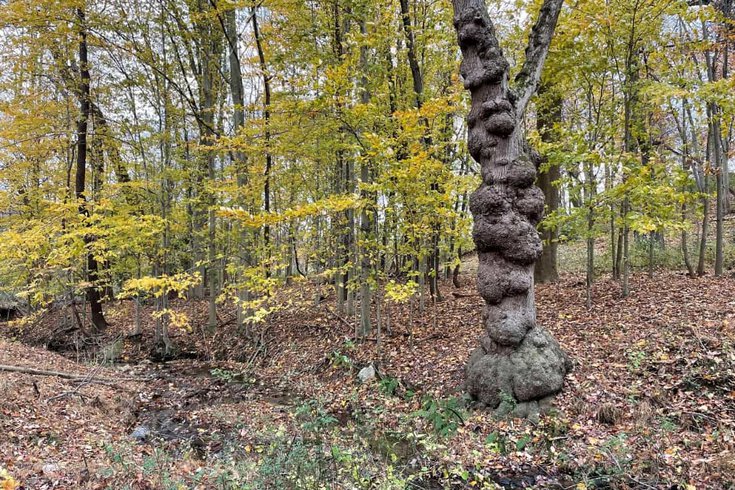 A 15-acre farm in Landenberg, Chester County will be permanently preserved under a new conservation easement to protect the land and a tributary that supplies drinking water to Delaware.

A Chester County farm near the Delaware border will be permanently preserved to protect a major source of drinking water in New Castle County, officials said.

The 15-acre farm, in the Landenberg section of Franklin Township, is owned by the family of the late Sophie Rodney Pyle Homsey, who died in 2019. Plans for its conservation were recently announced by Natural Lands, the region's oldest and largest land conservation organization.

The family is related to famed illustrator Howard Pyle, a Wilmington native whose work is known for popularizing the way pirates are depicted in modern art. Pyle's illustrations of medieval Europe also have endured the test of time, including a four-volume book about King Arthur.

In addition to preserving the property's forests, meadows and streams, the conservation easement will protect more than 600 feet of a tributary to East Branch White Clay Creek. The waterway joins the Christina River in Wilmington, about a mile from the Delaware River, and provides drinking water to surrounding communities.

The agreement prevents further subdivisions and development on the land for all present and future owners. Activities that could generate soil laden run-off and sedimentation on the property's slopes also will be restricted.

Andrew Homsey, one of Sophie's adult children, said his mother viewed the farm as an inspiration for art, poetry and observation of the flora and fauna that inhabit the property. Homsey lived on the property with her husband for more than three decades.

"Preserving this property was one of my mother's stated aims and her fondest hope," Homsey said. "While the character of Landenberg changed around her considerably throughout her time there, her interest in keeping her small portion of it as natural as possible was always very important to her. Her family is very pleased that her vision can be realized and ensured in perpetuity to the benefit of the entire community."

The easement was secured with a grant from Chester County's Conservancy Grant Program, together with donations from the landowners and other stakeholders in the region.

Natural Lands President Oliver Bass praised the farm's conservation as a model of what Chester County must to do to prepare for the future.

"As our region experiences more climate-related natural disasters like damaging storms and extreme flooding, the importance of preserved open space like the Homsey property becomes all the more clear," Bass said.