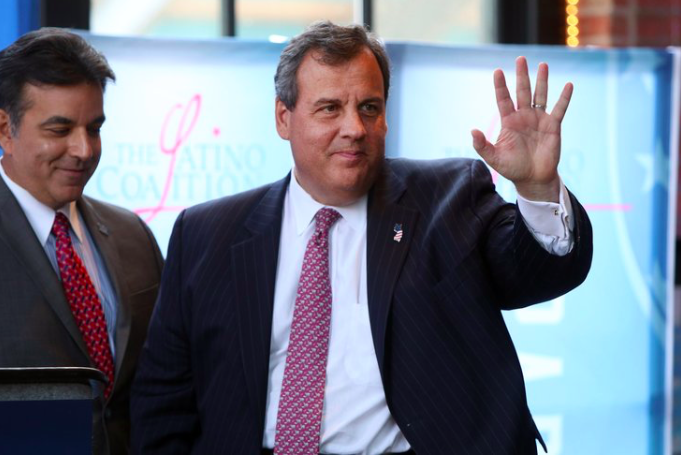 Former New Jersey Gov. Chris Christie lately hasn't been quite as visible (and audible) as he was during his eight years in office and during the 2016 presidential election.

If you weren't paying attention, you might not have known that Christie was inducted earlier this year into the Sports Betting Hall of Fame.

Christie played an instrumental role in opening the door for states outside Nevada to legalize sports gambling. While in office, he signed and helped drive forward legislation that eventually prompted a Supreme Court ruling in favor of New Jersey and other states opening their own books.

On Tuesday, Christie appeared at the Global Gaming Expo event in Las Vegas, where he celebrated New Jersey's successes in sports betting and trashed neighboring Pennsylvania.

Pennsylvania's taxes are among the highest in the country among states that have opened (or plan to open) sports betting to the public, both at land-based venues and online.

Bettors are generally subject to a 24% tax on winnings, but it's an additional 3.07% more in Pennsylvania.

“Every Saturday and Sunday this fall, people are driving from Pennsylvania into New Jersey and sitting at our rest stops on their mobile phones and making bets, then heading back home," Christie claimed.

Numbers from the Pennsylvania Gaming Control Board show that sports betting wagers rose to $109 million in August, an 84% percent increase over July. New Jersey, by comparison, set a state-best $446 million in wagers in September, up from $183.9 million the year before.

Sports betting in New Jersey has been up and running since June 2018, while Pennsylvania books began to open in November 2018.

Christie has never been one to miss the chance to tout his accomplishments, but the rate of growth in Pennsylvania's sports betting industry suggests "rolling dumpster fire" is bit of hyperbole.