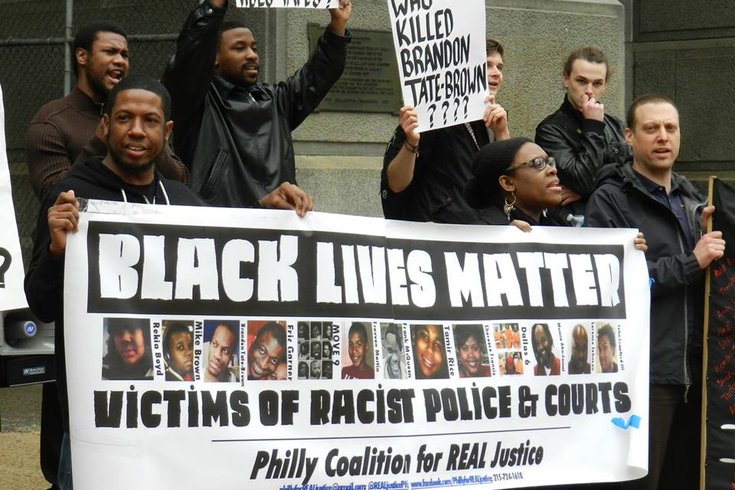 Protestors previously called on Philadelphia Police to release the names of the officers involved in the fatal shooting of Brandon Tate-Brown. The city revealed their identities Tuesday.

Documents released Tuesday by the city of Philadelphia revealed the identities of the two police officers involved in the fatal shooting of Brandon Tate-Brown.

Officers Heng Dang and Nicholas Carrelli were cleared by District Attorney Seth Williams of any wrongdoing in the Dec. 15 incident that left Tate-Brown dead after a traffic stop. But their identities remained unknown to the public until the city released a series of investigative documents that included statements from both officers.

The documents, available here, also included interview transcripts from witnesses, whose names were redacted, and medical personnel who responded to the scene. A DNA report and surveillance videos also were released.

The city released the data to attorney Brian Mildenberg, who filed a wrongful death and class-action lawsuit on behalf of Tate-Brown's mother, Tanya Brown-Dickerson, according to the Philadelphia Daily News.

Police said Tate-Brown reached for a loaded gun in his rental car after being stopped along the 6600 block of Frankford Ave. Brown-Dickerson claimed her son was unarmed and urged police to publicly release the officers’ identities and video surveillance.

The officers' statements, given to Internal Affairs Division investigators, provided a new look at the incident.

Carrelli fired a lone shot that fatally struck Tate-Brown in the head following a skirmish in the street, according to statements.

The officers told investigators that they stopped Tate-Brown after noticing his taillights were off. They were attempting to determine ownership of Tate-Brown's rental car when Carrelli said he observed a "butt of a gun between the center console and the front passenger seat" and asked Tate-Brown to exit the vehicle, according to his statement.

Dang told investigators that Tate-Brown twice ignored Carrelli's requests, only exiting the car after Dang grabbed him by his shirt and ordered him to exit. Carrelli twice mouthed the word "gun" to Dang as they attempted to get Tate-Brown to stand behind the rear of the vehicle, Dang said.

"At that point, I told P/O Dang to put him in handcuffs for now," Carrelli told investigators. "I tried to give him a look to let him know that something was wrong. I then told him that I observed the butt of a gun inside the vehicle."

Dang told investigators that he never saw the gun himself.

"At this point, it became evident to me that he was trying to go for the gun and it was some confusion as to if the male had actually gotten the gun," Carrelli told investigators. "Also, P/O Dang knew there was a gun but didn't know if it was in the car or on the male."

As the officers again scuffled in the street — and determined Tate-Brown was holding a cell phone in his right hand — Carrelli told investigators he called for reinforcements. Tate-Brown broke free and again ran toward the car, Carrelli said.

"I didn't chase him because I wanted to create some space and draw my weapon," Carrelli told investigators. "As he (was) getting to the car, he runs around the trunk, and after he gets to the other side of the trunk, but before he gets to the roof of the car, that is when I discharged my weapon one time. The male drops to the ground. That is when the other unit pulled up. I holstered up, took a few steps, and noticed the male was on the ground."

Carrelli told investigators he shot Tate-Brown from 10 to 15 feet away and that his body fell about three or four feet from the passenger door.

Carrelli said the officers never questioned Tate-Brown about the gun, but that he heard them discussing it.

"(H)e stated, "But, it wasn't on me," and he had a look on his face like he was caught," Carrelli told investigators. "His eyes opened really wide and had this "Oh s---" look on his face."

Carrelli told investigators he was carrying a taser but never had an opportunity to use it because they were involved in a hand-to-hand struggle. When Tate-Brown reached the back of the car, Carrelli said, his taser would not have made contact.

Dang told investigators he was not carrying a taser.

Both Dang and Carrelli gave their statements to Internal Affairs Division investigators in March. Dang previously provided police with an interview on the day of the incident.