Viewers encouraged to make donations to Save the Music Foundation 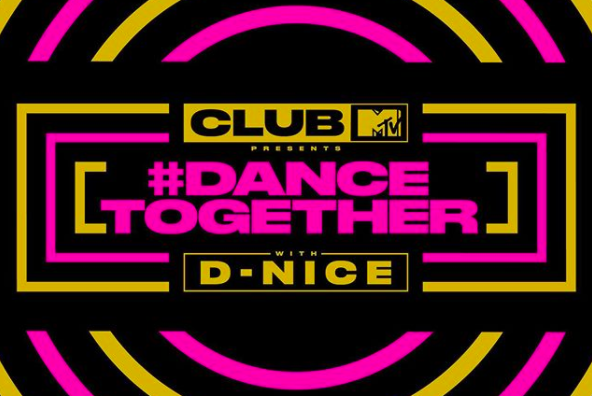 Hope you're ready to party on Saturday night.

MTV and DJ Derrick "D-Nice" Jones are reviving the "Club MTV" franchise for a one-night event to help entertain everyone at home during the coronavirus pandemic.

"Club MTV Presents #DanceTogether with D-Nice" will be a one-hour special beginning at 10 p.m. on MTV.

Think of it as an expansion of DJ D-Nice's popular "Club Quarantine" on Instagram Live. He'll be hosting the virtual event from his Los Angeles home, spinning a mix of classics and new hits – and just like his Insta dance parties, attendees can expect a few celebrities to show up.

Those watching will be encouraged to make donations to Save the Music Foundation. The music education nonprofit is working to ensure students in underserved communities severely impacted by the COVID-19 crisis – like New Jersey and New York – have access to remote music education. Viewers can donate online or by texting "DANCE" to 91999.

Also, viewers will be able to interact with the show by using the hashtag #DanceTogether on social media.

And for those unfamiliar with "Club MTV," the half-hour TV show aired from 1987 to 1992 and featured iconic performances from artists like Salt-N-Pepa, Vanilla Ice, The Ramones and MC Hammer. Since 2020 isn't going the way anyone expected, the show's one-night-only revival is a nice dose of nostalgia.