The free show is a family-friendly favorite 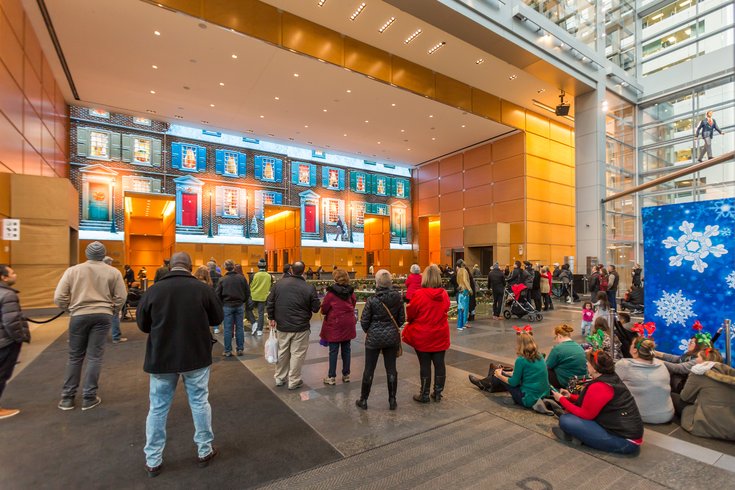 The Comcast Holiday Spectacular in the Comcast Center lobby is a 15 minute family-friendly show on their giant LED screens. The show follows a holiday theme featuring dancers from the Pennsylvania Ballet.

It's among the world’s largest, highest resolution LED displays. Find it in the Comcast Center's main lobby at 17th and JFK.

RELATED: Where to find tree lighting celebrations in Philly and the suburbs | Christmas Village returns with new surprises for 2018 holiday season

Since its debut in 2008, the Comcast Holiday Spectacular has become a popular attraction for Philadelphians and tourists during the holiday season.

The highlight of the free 15-minute show is the magic sleigh ride that travels through the countryside and flies above the city. The audience is invited to participate in a singalong while watching.

Visitors on Saturdays and Sundays can meet Santa after watching the Comcast Holiday Spectacular. He will be on campus every hour from 11:20 a.m. to 3:20 p.m.

This year, there's also a holiday photo op at the Comcast Center's plaza. Visitors can step inside a life-size snow globe to pose for a picture with The Grinch from Illumination's new animated movie.