From community college to the Ivy League 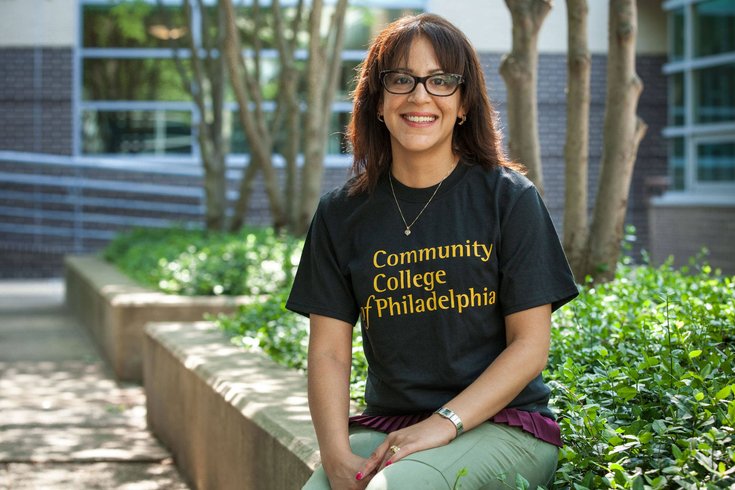 Wanda Klinefelter is a high school dropout who returned to school after finding limited career opportunities.

Crystal Delmonico never dreamed of attending the University of Pennsylvania.

Not as a suburban Philadelphia girl struggling to complete high school in the mid-1990s. Not as a homeless adult living in city shelters. And not as a community college student undertaking remedial math and reading courses.

From 2005 to 2013, the most recent data available, 260 Community College of Philadelphia students transferred to Ivy League schools, including 235 to Penn.

But this fall, Delmonico and three classmates from the Community College of Philadelphia will make the jump to the Ivy League by transferring to Penn. Their stories differ, but none is less remarkable than the next.

Michael Novak earned a prestigious Jack Kent Cooke scholarship, a $40,000 annual scholarship bestowed upon 90 transfer students across the country. Aminata Sy homeschooled one of her three children while completing her own coursework. Wanda Klinefelter, a high school dropout, returned to school when her limited education became an impediment to her career.

“The transfer rate is quite good to these high-powered schools,” said Brian Seymour, coordinator of CCP’s honors program. “But it’s also extraordinary to places like Temple, St. Joe’s and La Salle.”

Penn accepts about 200 transfer students each year, selecting from a pool of some 2,000 applicants. Admissions officials were unavailable late last week to comment on the university’s standards for accepting community college transfers.

Some students, like Novak, enroll at CCP with the intention of transferring to an elite university. Others, like Klinefelter, only recognize the possibility after enrolling at CCP.

“Community college is really a path of possibilities,” Klinefelter said. “There’s a lot of people who come from different cultures, different environments and different financial situations. There’s a place for everybody. Anything can happen. Look at me.”

Klinefelter, a North Philly native, entered the workforce at age 16 after dropping out of high school. She served as an office manager at a maintenance company, but lacked the educational background necessary to advance her career.

“I came in here thinking if I could just get through the certificate’s degree, I’d be fine,” Klinefelter said. “My sister kept pushing. She said, ‘You have a great GPA. You’re pushing forward. Why don’t you try Penn?’ So, I kind of just took the chance.”

It paid off. Klinefelter, 34, will study English at Penn, a reality she says still seems surreal. One day, she hopes to become a fine book curator. 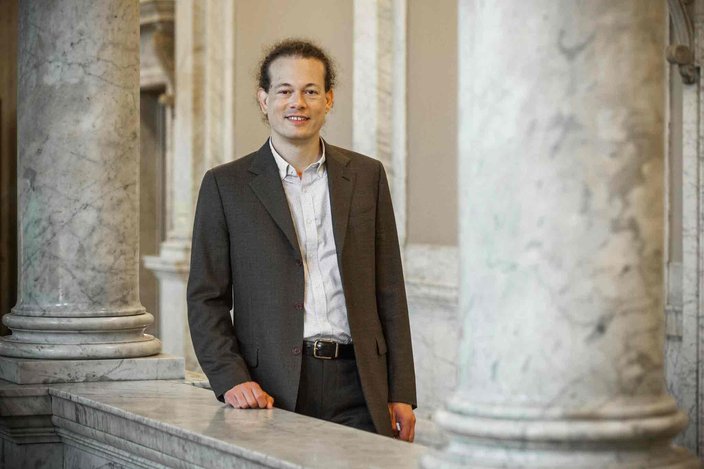 Michael Novak earned a prestigious Jack Kent Cooke scholarship, which are awarded to 90 transfer students across the country. Novak is pursuing a Ph.D. in Buddhist studies. (Thom Carroll / PhillyVoice)

'AN EXCELLENT EDUCATION' AT CCP

By contrast, Michael Novak entered CCP expecting to transfer to Penn, where he knew many professors in the Asian Studies program from his time touring colleges as an interpreter for a Japanese Zen Buddhist master.

Novak, who is pursuing a Ph.D. in Buddhist studies, wanted a strong educational foundation before enrolling at Penn. He selected CCP, but expected to breeze through its honors program. Instead, he was surprised at its rigors.

“I would not have been well prepared to succeed at Penn or to compete at Penn without the honors training,” Novak said. “In a way, I thought CCP was sort of a detour on my road to Penn. But CCP, especially the honors program here, is an excellent education.”

Novak, 39, earned a Jack Kent Cooke scholarship, which provides him $120,000 over three years to cover tuition, books and housing costs. Combined with other scholarships, Novak anticipates attending Penn at no cost to himself. 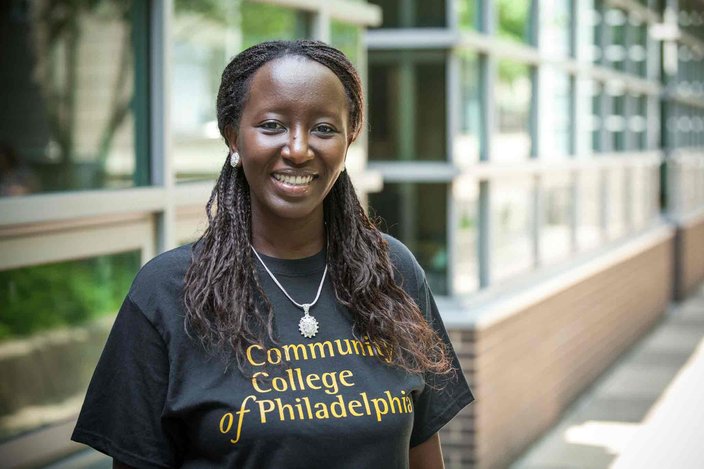 Aminata Sy, a mother of three, homeschooled one of her children while completing her courses at Community College of Philadelphia. She will study International Relations this fall at the University of Pennsylvania. (Thom Carroll / PhillyVoice)

'I'M NOT AFRAID OF ANYTHING ANYMORE'

For Aminata Sy, CCP offered the flexibility necessary to obtain a degree as a married mother of three children, including a homeschooled son.

Her days began by teaching her own son before taking CCP classes in the afternoon. She then came home and made dinner. Once everyone else was in bed, Sy retired to her studies.

“I never actually stopped – I was always on the clock,” Sy said, laughing. “But because community college was flexible and convenient, I was able to manage even though it was a lot to do.”

Sy, 34, did not consider Penn until the end of her first year, when a professor mentioned its International Relations program. A Senegal native, Sy wants to work in diplomacy and improve employment opportunities in Africa.

She credits CCP for instilling the confidence to make that dream possible.

“What I took away from this experience is that my voice matters, that I can accomplish anything I want to,” Sy said. “Because I didn’t come in here thinking that. But … being here just prepared me for the world out there. I’m not afraid of anything anymore. I’m just ready.” 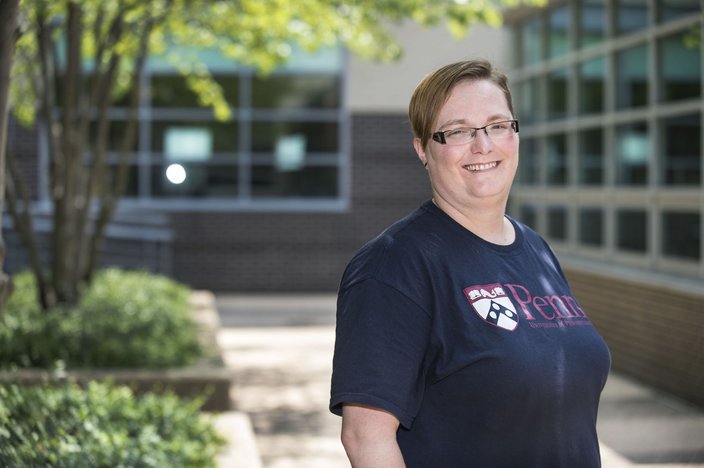 Crystal Delmonico, who grew up in Sellersville, Bucks County, gained a similar confidence at CCP.

She initially enrolled in 2009, but withdrew due to personal struggles. She later underwent open-heart surgery, which she says gave her a greater life appreciation.

“I was lost and angry for many years – no direction,” Delmonico said. “I just would react based on fear or anger. I dealt with a lot of depression. I completely understand what it’s like to feel hopeless.”

But she returned to CCP, diving wholeheartedly into her studies for the first time. She took part in a women’s leadership conference and a scholars program at Bucknell University. She fought against a learning disability, staying late for tutoring.

Delmonico, 37, also realized her own experiences, including spending more than two years homeless, give her a unique ability to help others struggling through difficult situations.

“I’ve had a lot of stuff happen in my life that could keep somebody down for a long time,” Delmonico said. “The turning point for me was looking at it from a different perspective and realizing that they don’t define me. I’m not a bad person, I’m not a horrible person. If anything, they’ve made me a better person.”

She plans to enter the Penn Program for Mindfulness in hopes of a career in social work or positive psychology.