It's the end of a late-night era 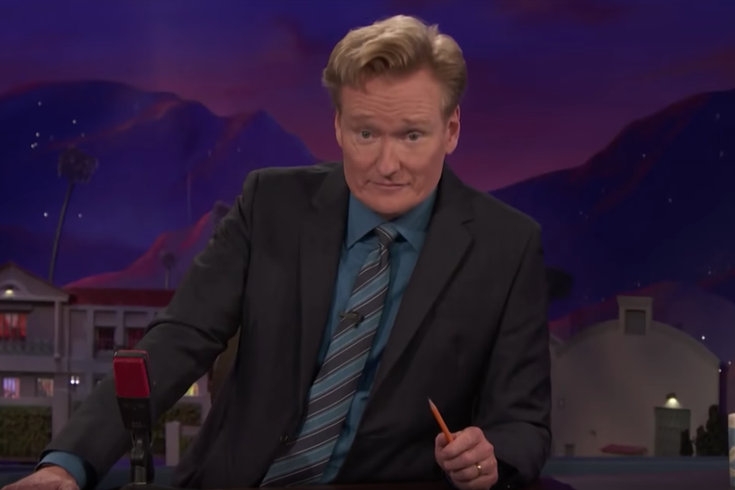 Conan O'Brien gives heartfelt goodbye on Thursday night to his band of 25 years, Jimmy Vivino and The Basic Cable Band.

Thursday night was the last hour-long show for Conan O'Brien. TBS is shifting the "Conan" format in January 2019 to a 30-minute show for the 11 p.m. time slot, focusing on remote and travel pieces. But this isn't just the end of O'Brien's hour-long show, it was the last run with his band of 25 years, Jimmy Vivino and The Basic Cable Band.

While the band has taken many forms over the years, from being led by Max Weinberg as the Max Weinberg 7 to Max Weinberg and The Tonight Show Band, the band settled into a Jimmy Vivino lead when Conan started his show on TBS. While the name may have changed, the members have relatively stayed the same.

The band has been with him since 1993 on "Late Night with Conan O'Brien," and eventually "Tonight Show with Conan O'Brien." Even when his "Tonight Show" run became a mess, O'Brien and the band, renamed to "The Legally Prohibited Band," went on tour together. He spent some time Thursday night to discuss his profound gratefulness and even sadness of moving forward without them.

"Since we began this journey 25 years ago, my band has been a daily source of joy in my life. These remarkable musicians have given their talent, energy, enthusiasm and incredible showmanship for over 4,000 hours,” he said.

“They have been with me through all of the incredible highs and lows of ‘Late Night,’ ‘The Tonight Show’ and these past eight years at TBS.”

The band has been a major part of his life, even playing at his wedding in 2002.

O'Brien joked about how the band allows him to play guitar with them every day at rehearsal, stating, "I have no idea if I’m a better comedian now than I was in 1993, but thanks to these guys, I'm definitely a better rhythm guitarist.”

“I’ve been graced with the most versatile, loyal and joyously effervescent band in the history of television. To put it simply, I love these guys. So, tonight, on our last hour-long show, I'm putting the spotlight where it belongs on Jimmy Vivino and the Basic Cable Band."

Before performing one last time, "Killing Floor" by Howlin' Wolf, an emotional O'Brien mentions, "Gentlemen, I want to thank you for a quarter-century of friendship, laughter and the best music I will know in this life.”