Copper mugs could kill you, so you can now get Moscow Mules in cans 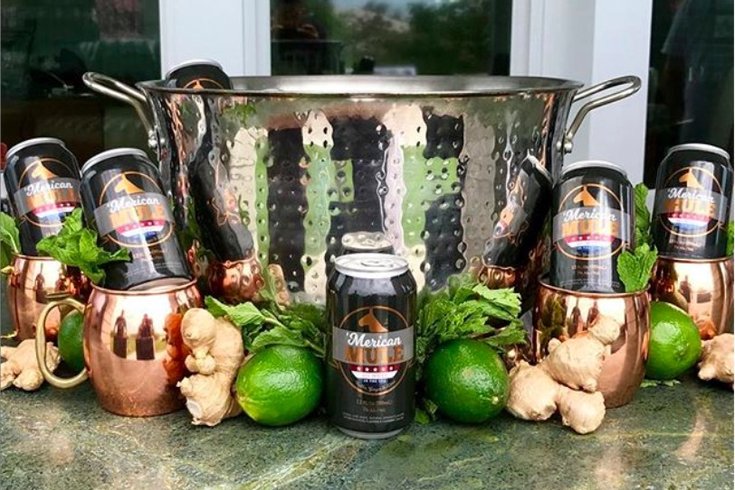 Los Angeles-based company 'Merican Mule sells the traditional Moscow Mule in a can.

Moscow Mules are synonymous with summertime, fizzy ginger beer, and, though they could kill you, the copper mugs they're traditionally served in.

After some murky health questions were raised by the Alcoholic Beverages Division of Iowa, it became pretty clear that drinking Moscow Mules can actually be fatally dangerous. Cooper isn’t supposed to come into contact with acidic foods with a pH below 6.0, and the drink doesn’t meet those standards.

RELATED: The ultimate summertime drink, the Moscow Mule, could poison you

Though you could easily swap 100 percent copper mugs for ones lined with nickel or some other metal that won’t poison you, one company called ‘Merican Mule has another solution that could either enthrall or disgust you: Moscow Mules served in cans.

Los Angeles-based ‘Merican Mules originally launched in 2015, releasing its first test batch last October, but has recently expanded its delivery to 46 states in the U.S. when ordered through its two online retailers. Single cans, four-packs and cases of the drink are all available to order online.

They can also be purchased at different retail locations, but there are none currently listed within a reasonable distance from Philadelphia – pretty much all retail stores carrying 'Merican Mules are still in Southern California.

Drinking alcohol, especially a well-loved cocktail like the Moscow Mule, out of a can may not be at the top of most drinkers’ desires, as it typically conjures images of wine coolers (i.e., grown-up versions of grape-flavored juice boxes) and crappy, cavity-inducing spritzers. Dean Mahoney, CEO of ‘Merican Mule, addressed the stigma in a recent press release.

“Ready-to-drink beverages just haven’t been good over the past decade. We seek to change that,” Mahoney said.

"We've achieved amazing taste, second to none, due to our patience during development and caution around selected ingredients."

The ABV of the ‘Merican Mule clocks in at 7 percent.