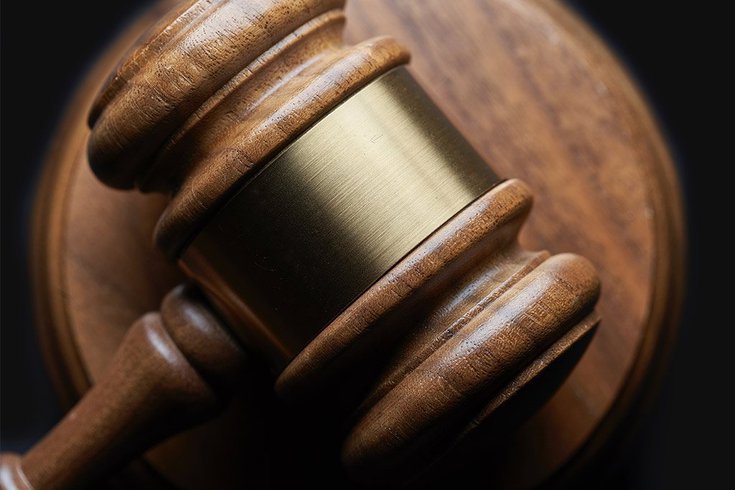 A defense attorney and former prosecutor in Lackawanna County allegedly took advantage of vulnerable clients by requesting nude photos and paying them for sex, authorities said.

Corey Kolcharno, 47, was charged Monday with promoting prostitution following a joint investigation by the Pennsylvania State Police and the Attorney General's Office.

Kolcharno began practicing law in 2001 and served as an assistant district attorney in Lackawanna County from 2005 to 2011. He later joined the law firm Fannuci and Kolcharno in Blakely, where he worked when the alleged crimes took place.

Four women, who were former clients, told investigators that Kolcharno made advancements on them as they navigated difficult legal circumstances — often involving financial hardship, substance abuse and a history of sexual abuse, prosecutors said.

One of the women first met Kolcharno in 2013, when he offered to help her with a probation violation. Kolcharno allegedly charged the woman a $1,200 fee and had a talk with her probation officer, who was lenient on her. The woman, who had been struggling with alcohol addiction, was subsequently in and out of prison during the ensuing years, police said.

In 2019, Kolcharno allegedly contacted the woman and asked if he could visit her at her home. Kolcharno proposed a "business transaction" for her to make $200, police said.

"Well, how would you feel about if I were to order a bunch of sexy lingerie?" Kolcharno asked the woman, according to a criminal complaint. "I would drop it off here at the house and you wear it for a few days, don't wash it, and I'll come pick it up."

The woman initially refused the offer, but Kolcharno's advances continued and she relented, police said. The woman soon began to send Kolcharno nude photos at his request, and later had sex with him on five occasions in exchange for varying amounts of money — sometimes as much as $500.

When interviewed by investigators, the woman said Kolcharno was aware that she was in recovery at the time, struggling financially and potentially facing jail time.

During that period, Kolcharno did not bill the woman for the legal services he provided, police said. The woman last saw Kolcharno after a virtual hearing for a legal matter that they attended at his office. When the virtual session ended, Kolcharno allegedly pressured the woman for oral sex, but she refused and left.

https://t.co/0PakGmotOY
State police say that Corey Kolcharno went after women who were addicted to drugs, had been sexually abused, or had money problems.

In another instance, Kolcharno offered to represent a masseuse in a criminal case to help her get her charges reduced, police said. Kolcharno already had known the woman and allegedly had been visiting her at her establishment to pay for sexual services over the previous year.

When Kolcharno began handling the woman's case, he didn't bill her, but instead invited her to a residence where he paid her $300 to have sex with him and take nude photos of her, authorities said.

A third woman told investigators that Kolcharno had agreed to represent her brother, who was addicted to drugs and facing criminal charges, police said. The woman told Kolcharno that her brother had recently stolen her savings. Kolcharno offered to take on the brother's case and help him cover the cost of addiction treatment, but the attorney soon began soliciting nude photos and used underwear from the woman, police said.

Kolcharno's advances toward the woman escalated until he allegedly asked her how much she would charge him for sex. The woman told authorities she had no criminal history and had never engaged in prostitution, but was in a dire financial situation. She believed Kolcharno was aware of this.

On two occasions, the woman met Kolcharno and received payments of $500 in exchange for sex, prosecutors said. She declined his further advances.

A fourth woman told authorities that Kolcharno offered to remove $500 from her bill in a criminal case in return for sex. The woman said this reduction was provided on multiple occasions in 2019 and 2020. Her boyfriend, who was aware of the alleged arrangement, told Scranton police about it during an unrelated investigation that happened before authorities started looking in Kolcharno.

Billing records obtained by investigators showed that Kolcharno's office staff allegedly deducted the fees that corresponded to the amounts the attorney had promised the woman for sex. The staff noted the attorney's instructions to reduce these bills, prosecutors said.

When investigators reviewed evidence from Kolcharno's cell phone, they allegedly found hundreds of nude or sexually explicit images of his female clients.

Kolcharno has waived his preliminary hearing. His attorney told that WNEP he plans to take responsibility for his alleged actions.

"Attorney Kolcharno has made a conscious decision to accept responsibility and acknowledge mistakes he has made in the past both as a professional as well as a human being," his attorney said. "It is his hope that by accepting responsibility, he can move his life forward in a positive fashion not only for himself but especially his family."