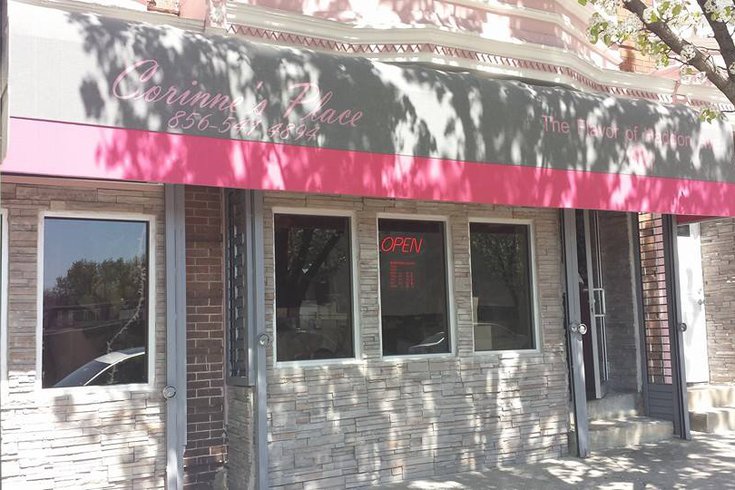 Camden restaurant Corinne's Place, 1254 Haddon Ave, has received a 2022 America's Classics Award from restaurant industry organization, the James Beard Foundation. The restaurant was started by Corinne Bradley-Powers in 1989 and is known for its soul food classics.

Corinne's Place, the Haddon Avenue restaurant in Camden that has been popular for decades for its soul food specialities, is now getting attention from far outside the city's borders.

On Wednesday, the James Beard Foundation selected Corinne's Place as one of the six U.S. restaurants to receive a 2022 America's Classics Award.

These awards are presented by the industry organization to locally owned restaurants that have "timeless appeal and are beloved regionally for quality food that reflects the character of its community."

"God is good," she told the Courier-Post on Wednesday after news of the award was announced. "That's my story and I'm sticking to it."

Before getting started in the restaurant business, Bradley-Powers worked as a youth counselor, and during her culinary career, she has employed many teens from Camden, helping prepare them for adult life.

She sold the restaurant in 2019, but she still serves as a consultant for the new owner and often makes appearances at the business.

Amid the pandemic, when eating indoors at restaurants was restricted, Corinne's Place transformed a vacant lot next door into an outdoor dining area called "the oasis." It includes an awning that keeps customers shielded from the elements and a trickling fountain for ambiance.

Rashaan Hornsby, president of the Haddon Avenue Business Association, told the Courier-Post, called Bradley-Powers a model for the community and for business owners.

"For an African American woman – take color out of it, for any woman – to be in business for this long, in the restaurant business which is so difficult, she's a great example for young men and women who might want to own their own business," Hornsby said.

The restaurant is on Camden's Haddon Avenue corridor, which separates the city's Gateway neighborhood from the leafy Parkside section.

It's across the street from Donkey's Place, the nearly 80-year-old bar that Anthony Bourdain once said might make the best cheesesteaks in the region, and down the road from new restaurants like Blowin' Smoque barbecue and Hungwan Crab, a recently-revamped cajun seafood spot that previously served standard Chinese-American takeout.

James Beard's America's Classics Awards is one of several the foundation bestows annually. The semifinalists for the foundation's prestigious restaurant and chef awards will be announced on Feb. 23. Those awards have not taken place in two years due to the COVID-19 pandemic and wide-ranging impacts it has had on the restaurant industry. The most recent set of nominees were announced in 2020, and among the local restaurants and chefs included were the homestyle Thai cuisine restaurant Kalaya and chefs Marc Vetri, Cristina Martinez, Rich Lanau and Nicolas Elmi.