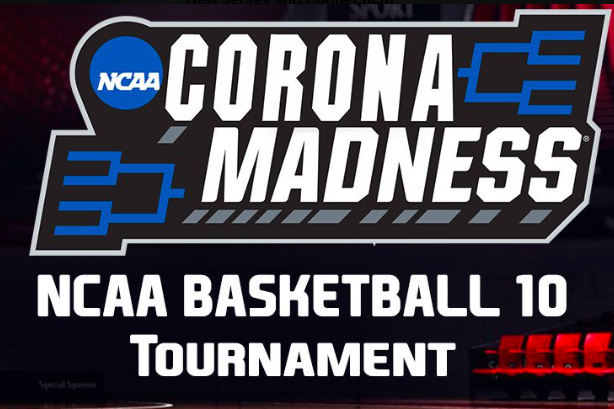 Corona Madness, a video game NCAA tournament, will be streamed on Twitch this week by two Philly-area friends who are filling the void of March Madness with a coronavirus-inspired production from a Doylestown basement.

The coronavirus pandemic has all but decimated the world of sports for the foreseeable future, leaving fans and writers to fill the void with imaginative ideas that can deliver a temporary fix.

On Sunday afternoon, which would have marked Selection Sunday for the NCAA Tournament, two Philly-area college grads embarked on an effort to recreate the magic of March Madness. They produced the bracket selection event at home in a makeshift studio-basement in Doylestown, complete with field correspondents.

Josh Safran and Jackson Weimer, both graduates of Central Bucks High School West, are going to stream the entirety of the video game-based NCAA tournament on Twitch. Safran, a Temple University graduate, appeared Monday morning on SportsRadio 94WIP to talk about their virtual tournament, Corona Madness. Weimer is a graduate of the University of Delaware.

"As far as I'm concerned, Selection Sunday happened and there's still an NCAA Tournament going on," Safran said. "We took the video game NCAA Basketball 2010 on the Xbox 360 — that's the most recent game because of the college basketball naming rules, all that stuff — so we're going to take that game, we're going to go in, we're going to edit all the rosters, add the player names, add their ratings."

The entire tournament has been laid out in the bracket below and will be played by Saffron and Weimer from March 18 through March 22. The games will be filmed by Louis Weimer, who's back home from the University of Pittsburgh.

THE BRACKET HAS BEEN RELEASED
FILL YOURS OUT AND TAG US TO BE ENTERED IN OUR BRACKET POOL #coronamadness pic.twitter.com/err8SCTt8E

Corona Madness broadcasts will air on the live-streaming platform Twitch at twitch.tv/ebaumsworld. Updates and scheduling for the tournament can be found at the Corona Madness Twitter page.

As might have been predicted, the esports world has seen a boom amid the coronavirus pandemic. Steam, a games marketplace and library, set an all-time concurrent player peak of just over 20 million on Sunday, as people around the world adapted to quarantines and recommended social distancing.

Safran and Weimer's tournament may not be the real thing, but it could well be the closest approximation to March Madness we're going to get this year. Their goofing around and competitive banter will be worth checking out for stir-crazy basketball fans.