Penn microbiologist explains why some coronaviruses are more deadly than others

Susan Weiss first began studying coronaviruses 40 years ago when she was completing her postdoctoral research.

"All we knew about human coronaviruses at the time was that they could cause a common cold," said Weiss, a microbiologist at the University of Pennsylvania and a leading coronavirus expert.

Much more was known by the time SARS appeared in 2002, killing 774 people, mostly in Southeast Asia. Coronavirus research quickly expanded. It did so again 10 years later, when the deadly MERS virus first emerged in the Middle East.

Over the decades, Weiss has studied various animal coronaviruses, expanding scientists' understanding of how coronaviruses infect cells and replicate.

Now, Weiss has been tapped as co-director of Penn's new Center of Research for Coronaviruses and Other Emerging Pathogens. It seeks to centralize coronavirus research efforts and enhance collaboration between research scientists and clinicians.

"We have the basic scientists, like me, and all the clinicians who will be treating patients," Weiss said. "We'll be doing clinical trials and drug trials and vaccine trials. Things like that."

PhillyVoice caught up with Weiss as she took a walk Wednesday morning. She explained why some coronaviruses are more deadly, why SARS went away but MERS persists, and the likelihood of future coronavirus outbreaks.

Excerpts from the phone interview are below. Some responses have been edited for length and clarity.

PhillyVoice: Are there also long-term goals for this center in addition to whatever short-term projects you might have?

Susan Weiss: I guess the long-term goals are either to find a way to cure this virus or find a vaccine. Or find ways to deal with the effects of the virus and the disease. To cure people, I think, would be a long-term goal. And also, for me, it's to learn as much as we can about these viruses. 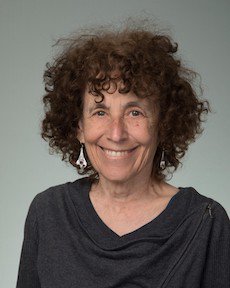 Susan Weiss is the co-director of Penn's Center of Research for Coronaviruses and Other Emerging Pathogens.

We do know a lot about these viruses but everyone of them is a little bit different and to understand what each of the viral genes does is my long-term goal. We want to make an animal model for the virus so we can study it in vivo – in an animal. We want to do some kind of reverse genetics – these are basic science kinds of stuff.

And I think the clinicians want to understand what really causes the disease. We want to know how long immunity lasts. Can people be re-infected? Why do some people get so sick and some people barely get sick? Those aren't goals specific to our center but they're goals to everybody that's interested in these viruses.

PV: From your research and what is known about this coronavirus currently, what makes it unique to some of the other coronaviruses that are out there?

SW: Everybody asks me that and if you just look at the virus per se, there's really nothing. I mean, there are small things. Some of the proteins look slightly different. You can't look and say, wow, this one is going to do XYZ. You can't really tell.

All the coronaviruses – some of their proteins are very conserved across all of them. And then some of them are different and those subtle differences can sometimes make a big difference in how the virus behaves, but those are the kinds of things we don't know yet.

SW: The two cold viruses – OC43 and 229E – which are just around. You just randomly have them in people and they cause a cold.

Then there are two that are slightly more pathogenic called NL63 and HKU1. Those were discovered after SARS. After SARS, people started really looking for these viruses and they found those two. NL63 causes bronchiolitis and croup. HKU1 causes pneumonia. They're kind of intermediate in severity. They're around. I can't tell you the prevalence, but they're around.

SARS came and went in seven months. That's really amazing. I think it was because people got so sick that they were isolated and taken care of or they died. There wasn't a population of people with infections that could go around infecting other people easily.

MERS is different. MERS has a reservoir in camels. It's really common in camels in the Middle East and in Africa. It slowly infects humans. Camels get a cold. Humans that are camel handlers are most likely to get infected. It does go human-to-human but not as much. It's not really eradicated because it has a reservoir in the camels. Whereas SARS didn't really have a reservoir. The civet – that was the intermediate animal that a human got the SARS from.

This time, we don't know what the intermediate animal is. We think that, probably, it came from a bat to some animal and then into humans and then is just incredibly contagious. The reason why it spread, partially, is because there are people walking around with inapparent infections or mild infections.

PV: With SARS, it went away after seven months. What is the likelihood that this one goes away? Or could it persist in the way that MERS is persisting?

SW: It's not going to be like MERS. Because, remember, the reason MERS persists is because it's in the camels, so it's going to keep leaking out to humans.

This one, we don't think it's in some animal. It would have been in China, where it started. We believe it's a rare event to go from the intermediate species to the human, like SARS and SARS-2. We don't know how many times that happened, but we think, not a lot. Then once it gets in humans, it adapts to humans and just takes over.

'IT COULD HAPPEN AGAIN'

SW: If you look at the sequence of the genes and stuff, you wouldn't really know why one was more virulent than the other. One reason, I think, is that these more virulent viruses effect lower down in the lungs. Their receptors are on cells that are deeper than the ones that just cause an upper respiratory infection. I think it's more like that – just the way it infects rather than anything obvious about the kind of proteins it makes.

Again, that's speculation. There's a lot of speculation. We know a lot about the viruses biochemically. But we really don't know that much about why it's behaving this way.

PV: We saw SARS about 17 years ago and we had MERS around 2012. And now we have this coronavirus. What is the likelihood we see another one of these things infect humans a decade down the road?

SW: Maybe it does happen more often and we don't know it because they're not really lethal viruses. We don't know that these are the only three times it happened. And, yeah, I think it could happen again.

When it happened to SARS, we were a very small field at the time. We were shocked. We were calling each other up, 'Oh my god, it's a coronavirus.' We couldn't believe it. And then there was a lot of excitement then and a lot of people working on it. And then it kind of died down. Then, with MERS there was kind of a rejuvenation, a re-excitement in the field. And then again it died down.

This time, it's so devastating. Those two were basically in Asia – and actually Toronto had an outbreak of SARS. MERS is in the Middle East and then there was an outbreak in Korea, a small epidemic. But this one takes the cake. It's just so much more devastating.

PV: What was your reaction when you first learned of the new coronavirus back in early January? Were you surprised at all about the devastation that it has caused?

SW: Well, yeah. The other two were bad but they didn't spread like this. 8,000 people had SARS total. What are we up to now?

PV: I think the death toll itself is close to that number, if it hasn't surpassed it already. (Editor's note: As of Thursday morning, the global death toll was 21,896)

SW: But SARS and MERS were more lethal, percentage-wise. SARS killed 10% of people that had it and MERS 35%. But the total numbers, of course, were much lower.

PV: Is there anything else that you think is relevant, either about the center or about coronaviruses in general?

SW: Just stay home and be safe. ... As part of the center we are doing work in the high containment with the virus. We're going to be looking at anti-virals. We're helping with looking at patient samples to try to isolate and quantify virus, that kind of thing, to determine how to inactivate it. Basic stuff like that. And then we want to do our own research when these things quiet down.