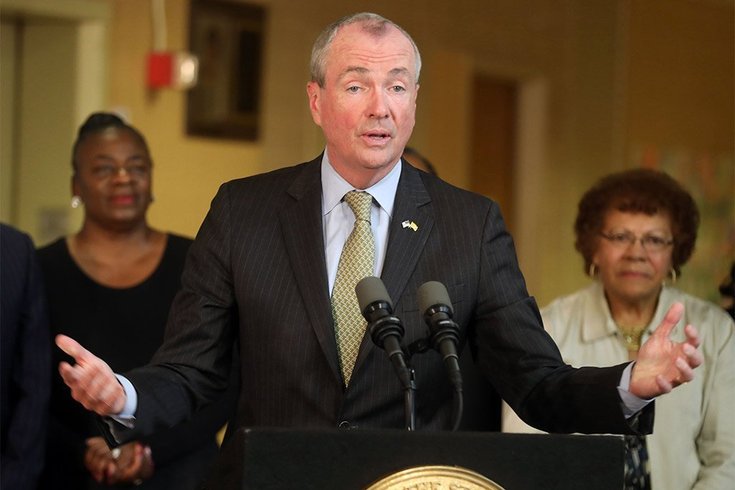 U.S. Centers for Disease Control and Prevention have screened 27 passengers onboard a Royal Caribbean cruise ship that docked in Bayonne on Friday morning. Gov. Phil Murphy said. Four passengers were taken to a nearby hospital for further testing.

Four passengers aboard a Royal Caribbean cruise ship that docked in New Jersey were screened for coronavirus and taken to a hospital out of precaution, officials said.

The U.S. Centers for Disease Control and Prevention boarded the Anthem of the Seas ship after it arrived in Bayonne on Friday, New Jersey Gov. Phil Murphy said. Health officials screened 27 passengers who had recently traveled from mainland China. Officials cleared 23 passengers.

The remaining four were transported to a nearby hospital for additional monitoring and tests. Murphy said the hospital is following infection control protocols while evaluating these passengers.

Those four people had been on a cruise that left Bayonne on Jan. 27 for an 11-day trip to the Caribbean. The cruise line was scheduled to depart for its next cruise from the same dock on Friday, but following the screenings the company delayed departure by one day to "reassure concerned guests," according to NBC News.

Royal Caribbean has said that as a result of the coronavirus outbreak, they would not permit any passengers with passports from China, Hong Kong or Macau. Anyone, including guests and crew members, that had been to China, Hong Kong, or Macau in the past 15 days also will not be allowed to board the cruise line's ships.

There are no confirmed cases of the coronavirus in New Jersey at this time and officials say the risk of infection is low. There are 12 confirmed cases in the U.S. and no deaths have been reported, according to the CDC. The World Health Organization reports there are 31,424 cases of the coronavirus and at least 638 people have died worldwide — the majority of which are in China.

The coronavirus is a previously-unidentified respiratory virus that surfaced in of Wuhan, China. The virus originally spread from animals, but it is now contractable through human contact. Symptoms, which include fever, cough, and shortness of breath, can appear in two days to 14 days following exposure.

There is no vaccine for the coronavirus. The CDC offers prevention tips on its website.