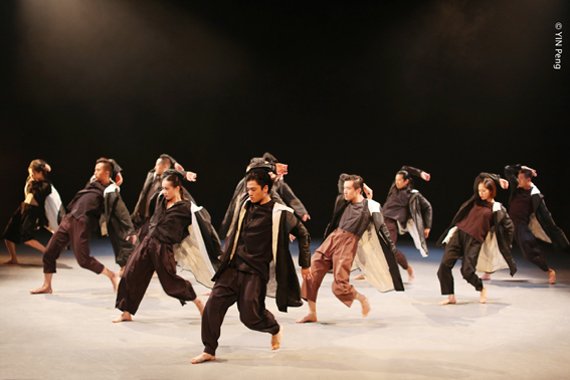 The Chinese dance company BeijingDance/LDTX was set to launch a U.S. tour later this month, but its dancers are stuck in China because of travel restrictions aimed at preventing the spread of the novel coronavirus.

A Chinese contemporary dance company was set to launch a U.S. tour later this month in Philadelphia.

But BeijingDance/LDTX dancers are stuck in China because of new travel restrictions aimed at preventing the novel coronavirus from strengthening its foothold in the United States.

The company was set to perform its show, "Arc," at Drexel University's Mandell Theater on Feb. 14 and 15. Those performances, as well as five others in Texas and California, have been canceled because the company, based in Beijing, cannot get into the country.

U.S. officials have temporarily barred any foreigner who has visited China within the previous 14 days from entering the country. Additionally, any U.S. citizen returning from Hubei Province, the epicenter of the coronavirus outbreak, must be quarantined for 14 days after returning.

The restrictions went into effect on Sunday.

"We hope they will be able to reschedule their performance," spokeswoman Mari Kraske said in an email. "The company is out on break now for the New Year holiday and the dancers will return to the studio in Beijing on Monday."

But no one knows how long the coronavirus outbreak will persist. Likewise, there is no timetable for the U.S. to ease its travel restrictions.

A group of Chinese motorcyclists that flies to Philadelphia every August has already put this year's trip on hold, according to The Philadelphia Inquirer. Some local manufacturers are concerned that the outbreak will adversely impact their business with Chinese clients.

As of Monday, the coronavirus outbreak had killed 494 people worldwide and infected more than 24,600 people. The vast majority of those cases are in China.

The U.S. has 12 confirmed coronavirus cases, mostly involving people who traveled to Wuhan where the illness first broke out. Health officials expect more cases to be confirmed in the weeks to come. But they insist the travel restrictions and other precautions – which include airport screenings – will prevent the illness from spreading rapidly here.