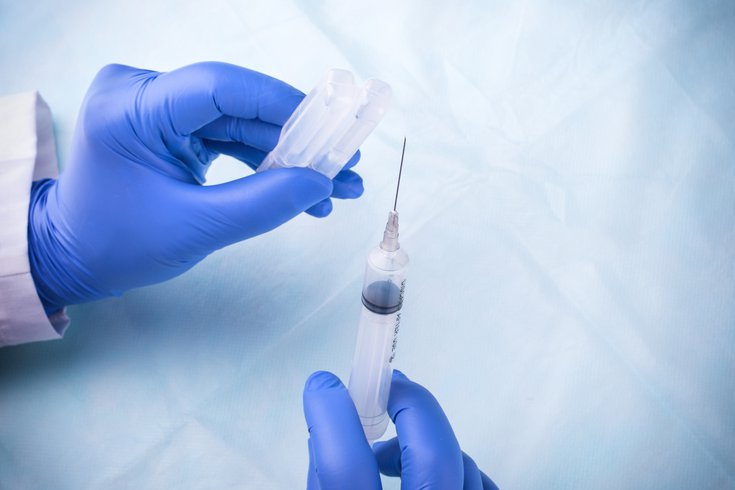 A COVID-19 vaccine tested on eight volunteers appears to be safe and effective, Moderna, its manufacturer, announced Monday.

The first COVID-19 vaccine to be tested on people appears to elicit an immune response to the coronavirus without causing serious side effects, its manufacturer, Moderna, announced Monday.

Eight healthy volunteers were given two doses of the vaccine during the Phase I trial, which began in March. As intended, the vaccine created antibodies against the SARS-CoV-2 virus, which were then tested on human cells in a lab.

Early data suggests those antibodies were effective at preventing the coronavirus from replicating. And the level of antibodies created by the healthy volunteers was similar to those found in people who have successfully recovered from COVID-19.

The vaccine is "generally safe and well tolerated," according to a statement released by Moderna.

Only one person suffered a side effect – redness around the injection site – that drew concern. During clinical trials, adverse events are classified into five levels, with Grade 5 being the most severe. The reported side effect was considered a Grade 3 event.

Acting on an accelerated timeline, Moderna intends to quickly launch Phase 2 and 3 studies. The Phase 3 trial, set to include 600 people, is expected to begin in July.

"We are investing to scale up manufacturing so we can maximize the number of doses we can produce to help protect as many people as we can from SARS-CoV-2,"  Moderna CEO Stéphane Bancel said.

There is no proven vaccine for COVID-19, though numerous candidates are being tested for safety and efficacy. With trials still in early stages, experts say a coronavirus vaccine remains at least 12 to 18 months away.

All potential candidates must be thoroughly vetted in clinical trials which are conducted in phases, each with its own purpose.

Phase IV trials happen after the U.S. Food and Drug Administration grants approval and the new vaccine becomes available to the public. Its purpose is to continue to track safety and effectiveness.