Rutgers professors and student, just back from Cuba, see opportunities for both sides 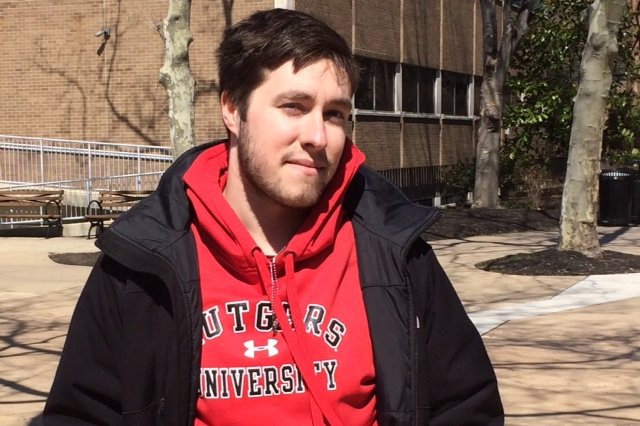 Gary Kopchinski, a Rutgers University-Camden senior political science and sociology major, visited Cuba last week, just as the island nation prepared for the historic trip by President Barack Obama. He and his professors said Cuba and America can learn from each other.

Cuba can learn some things from America.

That’s the view of a local university student and two professors speaking just moments after President Barack Obama addressed the Cuban people directly and on a live broadcast Tuesday during his historic trip to Havana.

What the visitors found were examples of innovation and resiliency from which poor and isolated parts of America – such as Camden – could learn.

Minnite was the first to make the comparison, saying a market-driven local economy has sprung up to in Cuba to fill the void caused first by an iron-fisted embargo, then by the withdrawal of support from Russia.

“Havana looks like Camden,” but “outside the box” backyard solutions, such as sustainable urban farming, have filled gaps, she said.

It’s something Camden could benefit from, too, rather than waiting for outside solutions and investment, she added.

Since the American corporate state was driven off the island by the Cuban revolution in the 1950s, the country has been free of colonial rule, said Bonilla-Santiago.

Meaning the country had to make its own way or do without.

“They are very proud of what they have done. They are self-reliant, they have chosen who they are. And they have decided to focus on education and healthcare,” she added.

A poor, but high-achieving school she visited posts some of the best scores in the world, without any technology and few books, she said.

And their doctors and medical system, she added, are “models around the world.”

Which isn’t to say the Cuban people haven’t hopes and yearnings for their economy and lives once the embargo – a lingering legacy of the Cold War – is finally lifted.

Kopchinski, 22, a Marlton resident, visited an urban farmer near Havana who plows her fields with oxen, then uses their manure as fertilizer.

Farmer Isis Maria Salcines Milla and her father, who began the farm in 1997, soon after the Soviets pulled out, have become famous internationally due to a TED Talk he delivered.

She floored Kopchinski by telling him that the top three things she’d like to see in Cuba after the embargo is lifted are: The grocery chain Whole Foods, the online seller Amazon, and the home improvement store, Home Depot – all keystones of his life in suburban South Jersey.

“That was really shocking,” he said.

He still is in awe of their education system. In Cuba, college is free. Here, he’ll graduate next month with more than $20,000 in debt.

Havana University is making plans to accept students from overseas, though on a paying basis. But Kopchinski said four years of full tuition there would be “far less” than his student debt.

With an election scheduled in two years, the era of the Castro brothers is coming to a close, said Bonilla-Santiago.

“It will be a new Cuba, with the Cuban people in charge,” and while Cuba will seek assistance with technology and transportation, “they want to control their own destiny.”

Bonilla-Santiago added, "We can all learn from their resilience."