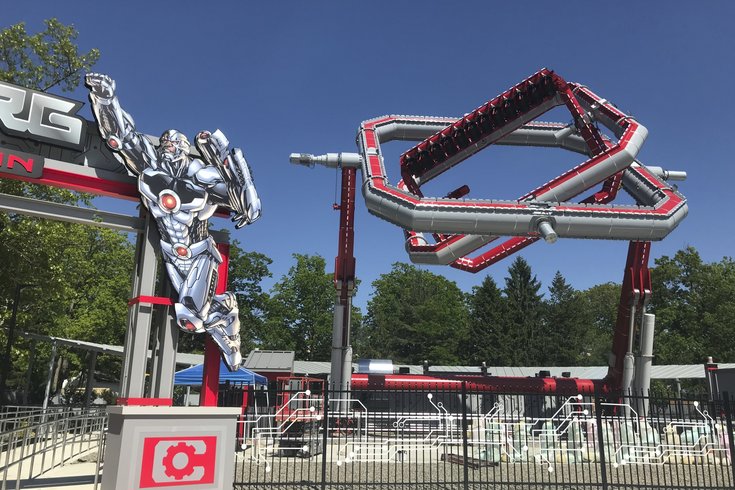 The Cyborg Cyber Spin ride at Six Flags Great Adventure in Jackson, N.J., will open in the summer of 2018

By the looks of the new Cyborg ride opening at Six Flags Great Adventure this summer, the park might be smart to put barf buckets by the exit.

The ride opens to the public at 2 p.m. on June 13 at the amusement park in Jackson Township, New Jersey. On Tuesday, Six Flags released video of a test ride showing what park visitors can expect from Cyborg, which is named for the DC Comics superhero.

According to the park, the ride "features a unique futuristic triple box design that allows the gondola to spin around three separate axes while rotating forward, backwards and sideways simultaneously at up to 70 feet in the air."

The park used plastic dummies filled with water for the test run and attached a GoPro camera to one of the "riders." In the video below, you can see what it'll be like to ride the Cyborg Cyber Spin.

That's a lot of spinning. Good for you if you're into these types of rides, but I can barely handle the Tilt-A-Whirl, so I'll pass.